Outlook for Markets Continues to Brighten 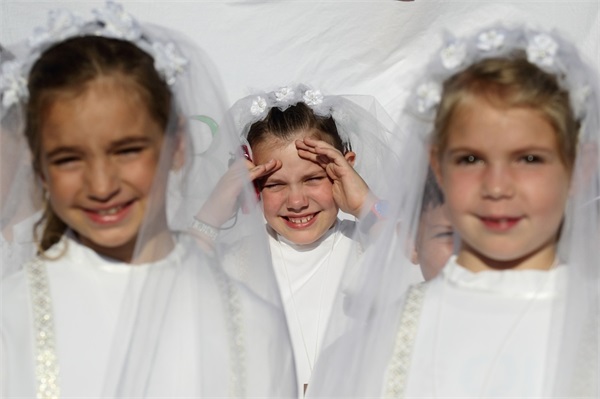 Investors continued to find reasons to remain optimistic last week, as the S&P 500 added another 0.22 percent and finished another week above 2,000. The week was highlighted by European Central Bank leader Mario Draghi announcing the much anticipated details of an asset purchasing program. This prompted investors to remain at ease that any signs of decelerating growth will be met with intervention until the global economy finally finds traction on its own.

After one disappointing economic release after another, the European Central Bank finally announced their plan to combat weak economic growth and the threat of deflation. Last Thursday, the interest rate on main refinancing operations for European banks was lowered by 10 basis points to 0.05 percent, while the interest given to deposits with the ECB was lowered all the way to a negative 0.2 percent. In other words, large financial institutions will be charged a penalty for having too much cash sitting idle on their balance sheets. These policies aim to spur lending and other action that will help reaccelerate economic growth and inflation. Furthermore, the ECB will purchase asset backed securities and euro denominated debt in the open market. While policies like these have been used in the U.S. and Japan the consensus opinion on how they ultimately affect the economy remains up for debate, their effect on investor behavior in the financial markets remains clearly positive. 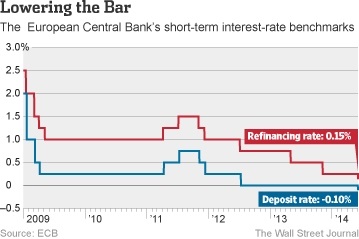 Morgan Stanley experts predicted last week in a piece titled, "2020 Vision: Long Live the Expansion," that the S&P 500 may be headed to 3,000. Their 27 page research report details that the U.S. economy isn't exhibiting the same characteristics that are commonly found in previous boom-bust cycles. Rather, the economy appears to be primed to slowly progress for another half decade, with steady economic improvement and corporate earnings growth. Their case centers around the fact that U.S. corporations, on average, have healthier balance sheets than normal, and could continue to release the massive piles of cash that are currently lying dormant earning next to zero interest. Regardless of whether they are right, it's always a little ironic to see such bold predictions come only after the S&P 500 has already tripled from recessionary lows. 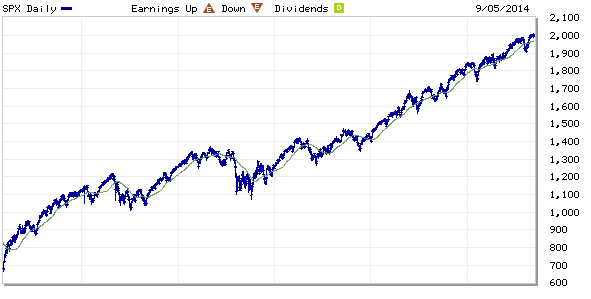 The United Kingdom may not stand united for much longer. In a surprise shift in momentum, polls are indicating that voters are leaning towards voting for independence from the Queen of England ruled United Kingdom. The vote will take place on October 17th, and could mark the end of a union that has spanned 300 years.