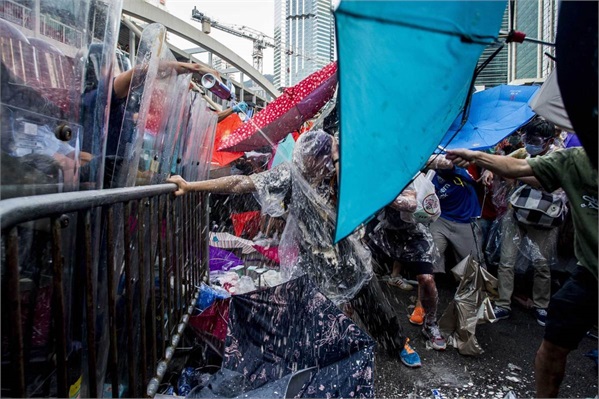 Volatility made a rare appearance last week as investors reacted sensitively to both positive and negative announcements. Conflict abroad sent shares downward at several points throughout the week, while encouraging economic readings salvaged some of the damage to end the week. The S&P 500 finished the week 1.37 percent lower and suffered one of its most severe down days this year on Thursday, after declining over 1.6 percent in the day’s trading session.

The Return of Fear

As U.S. equities have continued to rally this year, on top of 2013’s monstrous returns, much of the driving force has been optimism. Investors have been hopeful that, while economic growth hasn’t officially returned to a consistent pattern usually seen during economic expansions, we are on the cusp of a significant rebound in overall activity. Markets have been eerily calm in 2014, with fear of black swan type events being mostly absent from the majority of market participants’ minds. However, in what has become a rare reversal in 2014, fear was rampant last week. No real economic news was released that warranted a decline in risk assets, but investors nonetheless shelled up last week. This can mostly be attributed to the fact investors are worried about geopolitical tension that is seemingly rising across the globe. Conflict in the Middle East, Russia’s aggressive comments and riots in Hong Kong all negatively affected investor psychology last week. 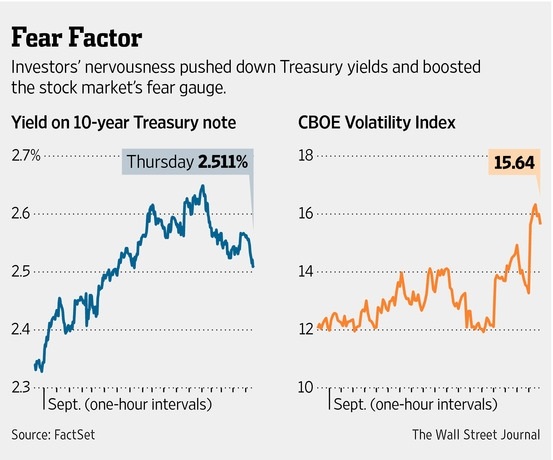 Coming off of an awful first quarter of economic growth, investors needed the U.S. economy to bounce back strong in the second quarter. As it turns out, The Commerce Department believes that’s exactly what happened. Recording its best quarterly growth rate in 2 ½ years, the U.S. economy is believed to have expanded by 4.6 percent after the most recent revisions. This is stronger than the last estimate that showed the economy grew by 4.2 percent. Much of the boost was due to higher than expected business spending on equipment. This area of the economy leaped 11.2 percent, as corporations continue to deploy their record piles of cash. 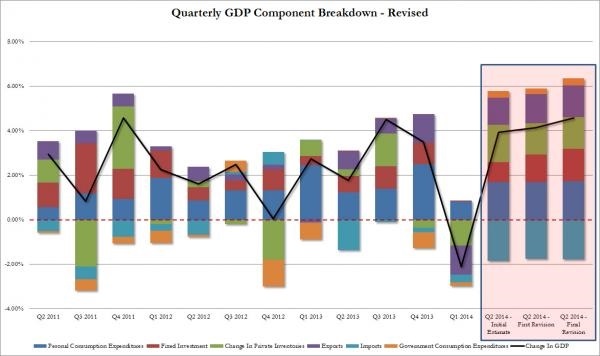 Bill Gross, aka The Bond King, rocked the financial world this week by announcing he will be leaving bond giant Pacific Investment Management Co., or PIMCO, the company he helped create and build to nearly $2 trillion in assets under management. The news came as a huge surprise and resulted in shares of PIMCO’s parent company, Allianz, declined more than 6 percent. Meanwhile, shares of Janus Capital, the company Bill Gross will be joining, leapt over 40 percent. Only one day after the announcement, over $500 million has already been withdrawn from Gross’ famous Total Return Fund, while several billions of dollars have been redeemed from other PIMCO mutual funds. PIMCO executives estimate that Gross’ departure will result in approximately $60 billion of investor cash leaving the Total Return Fund alone.