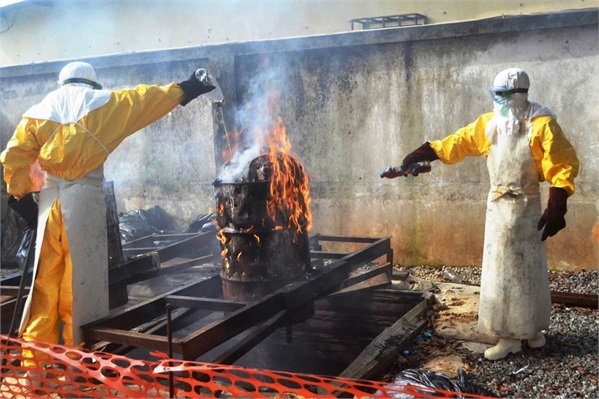 Central Bankers across the globe reiterated their dovish stances last week, and owners of U.S. markets were rewarded handsomely. The S&P 500 rallied 1.25 percent last week and set yet another price record on Friday. Despite worries last week that the U.S. Federal Reserve would shift their stance and allude to a reversal in their current plans to maintain low interest rates for a considerable time period, Central Bankers did nothing but utter words and implement policies that support the theory that low interest rates are in very little danger of disappearing in the near future.

The Federal Reserve announced last week they will conclude their asset purchasing program in November, but stuck to their same guidance for the timing of an interest rate increase. Their official statement expressed that the Fed will maintain interest rates near zero for a "considerable time," following the conclusion of the asset purchases. The consensus is that the Fed will begin to raise interest rates next summer. However, Ms. Yellen and company continue to stress their next moves are entirely dependent on economic conditions. This stance reiterates that the Fed will remain dovish and accommodative to financial markets until economic signals make it abundantly clear that conditions have considerably improved. 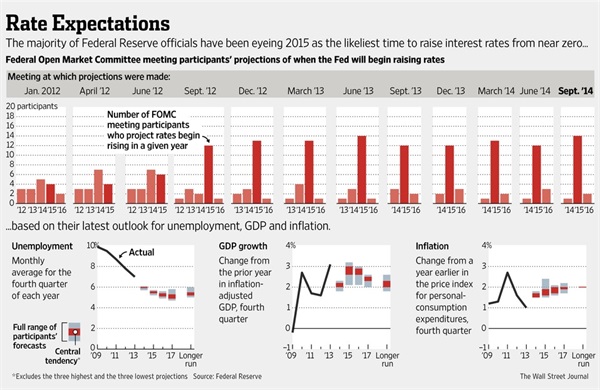 Fighting a deteriorating economy of their own, China's central bank implemented fresh measures last week to help boost growth. According to Bloomberg, the five largest banks in China will receive a cumulative 500 billion yuan, or about $81.4 billion, of liquidity through lending facilities. These measures are being taken as a result of China's economy struggling to maintain the neck breaking pace in which they've grown accustomed. Risk assets reacted positively to this announcement, as it shows yet another government agency that is committed to be proactive with measures in an effort to boost global economic growth. 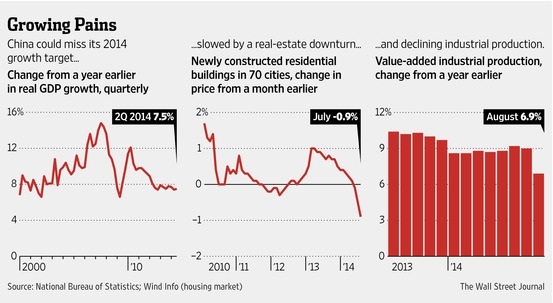 Chinese company Alibaba set the record for launching the largest initial public offering (IPO) last week. The $25 billion offering for the Chinese e-commerce company was larger than any other company's IPO in history. While the 632 million Internet users in China is plenty of reason to get excited, a look back at history would show that buying large IPO's in recent years may have proven unwise, at least in the first year. In fact, according to Josh Brown, the previous five largest U.S. IPO's have, more often than not, seen considerable declines in their share prices over the first twelve months of trading. 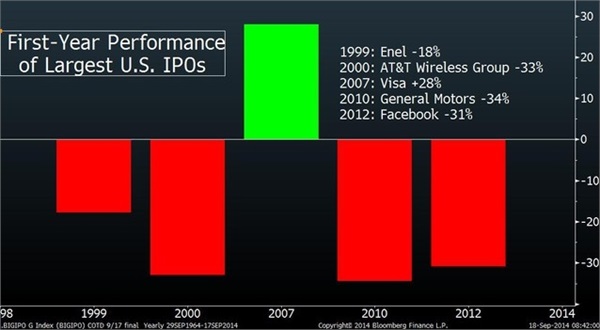