Up is Down…Unless it’s Upside Down 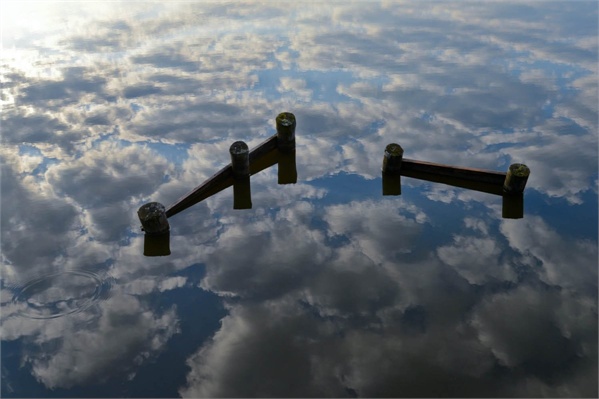 Stocks rallied once again last week, with the S&P 500 adding just under 1 percent and finishing just below all-time highs. These are mystifying times for the financial markets and overall economy as the Federal Reserve continues to move forward with their plans to decelerate their quantitative easing programs, but not in a way that will scare investors into thinking they’re pulling out too soon. This is all enough to stymie even the most sophisticated investors, and causes us to question exactly what type of statistical results we should even be hoping to see from the economy. We want some inflation, but not too much, too fast. We want the economy to show improvement, but if that resulted in the Federal Reserve accelerating their disappearing act would it actually be good news? Last week saw the U.S. economy report another dismal growth rate for the first quarter of 2014, but also featured a better than expected, but still not excellent, employment report. Investors interpreted this perfectly mediocre amalgamation of news to mean they’re apparently still getting exactly what they want…just enough good news to be optimistic, and just enough bad news to keep some stimulus around.

We knew that 2014 was off to a slow start in terms of overall economic growth here in the U.S., but it turns out things were much more dire than most expected. The Commerce Department reported that the gross domestic product (GDP) only advanced at a 0.1 percent annualized rate in the first three months of the year. According to the Wall Street Journal, economists on average were anticipating at least 1.1 percent growth. While this proved to be one of the weakest quarters for economic growth in the last five years, there were some bright spots in the report, such as total consumer spending rising by 3 percent. Most of the drag was a result of a 2.1 percent decline from business investment spending, which is being attributed to poor weather conditions. While weak business spending could prove to be temporary, the most concerning part of the report was that U.S. exports declined by 7.6 percent, the largest decline since the recession. This portion of the report should be met with some concern considering weakness in other economies around the world could end up being a rather large deterrent to U.S. economic growth, just as domestic consumption is starting to show some durability. 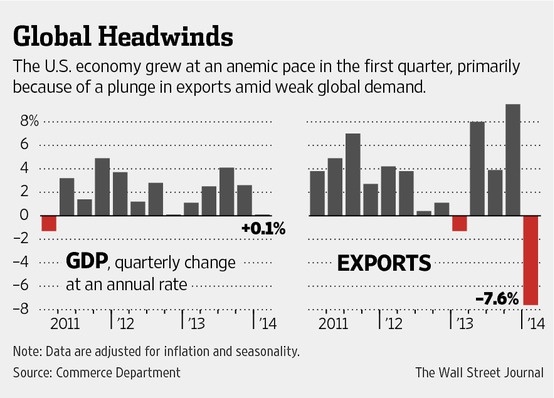 The good news from last week’s employment report is that U.S. employers added 288,000 new jobs last month, making it the best month for job seekers since January 2012. Furthermore, the headline unemployment report declined all the way down to 6.3 percent. However, this is where things get a tad bit confusing. While 288,000 new jobs is nice, it occurred as the labor participation rate, or the percentage of working-age citizens in the labor force, declined to the lowest level seen since 1978. This raises suspicion on how strong the job market truly is if a large percent of our population is giving up entirely on trying to find employment. Lastly, average wages in April increased at a less than remarkable pace of 1.9 percent when compared to last year. 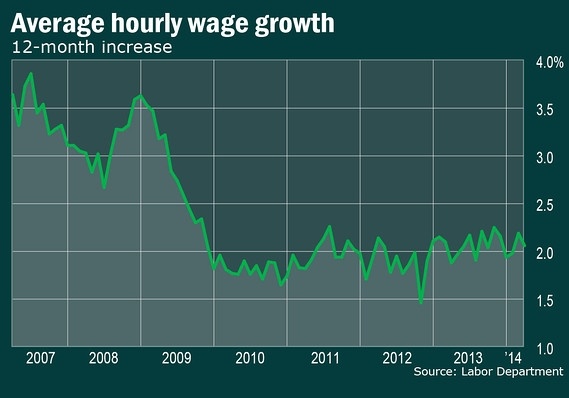 One thing has remained true since 1872, the United States of America has had the largest economy in the world. However, new research released last week by the International Comparison Program hosted by the World Bank suggests that for the first time in over 140 years, the U.S. won’t be the world’s largest economy. The crown for this title will now apparently pass onto China. According to this new research that only goes through 2011, China’s economy was 87 percent the size of the U.S. through the end of 2011. Given International Monetary Fund estimates that China’s economy has advanced by 24 percent since that time period, and the U.S. by only 7.6 percent, it’s probable the history books will mark 2014 as the year that China became the world’s largest economy.