Investors clearly had upcoming cookouts on their mind last week given the mostly quiet trading heading into the long weekend. The S&P 500 and Dow Jones Industrial Average were essentially flat, and the Nasdaq Composite rose just 0.8%.

Rate Hikes On Track For Later This Year

The Federal Reserve Chairwoman gave investors food for thought just before the long holiday weekend. On Friday she gave a speech before the Greater Providence Chamber of Commerce where she said, “I think it will be appropriate at some point this year to take the initial step to raise the federal funds rate target and begin the process of normalizing monetary policy.” However, she also noted it could be several years before getting back to normal. While the economy is improving, Chair Janet Yellen suggested it is not fully healed citing disappointing wage growth and commenting that the labor market is only approaching full strength, not yet there. During their March meeting, Federal Reserve officials projected 2.5% GDP growth for the year, and this figure will be updated during the June meeting. Most experts expect that a rate hike in June is unlikely, but think a move in September is likely. 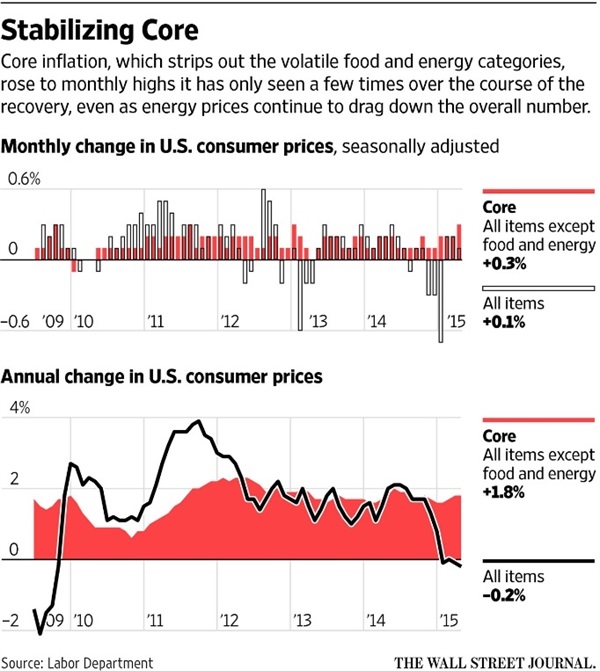 Last week the Commerce Department released data showing housing starts rose more than 20% to a seasonally adjusted annual rate of 1.13 million homes in April. This is the highest reading since late 2007 and the largest percentage increase since 1991. This figure is known to be volatile and is often revised, but impressively the expansion was broad based. Single-family units, which make up the bulk of the market, climbed more than 16%, while new apartment and condominium construction jumped 27%. The March figure was revised higher from 2% to 4.9% also. The potential thaw in housing has prompted some economic forecasters to begin raising GDP growth targets for the second quarter. Economists from both Goldman Sachs and Barclays bumped their estimate higher to 2.7%.

Japan said “sayanara” to last year’s recession when the government released measures last week that demonstrated the economy expanded at a 2.4% annualized rate for 1Q15. This was nearly a point better than the consensus forecast by economists. The strength in the economy was underpinned by robust household and corporate sectors as growing corporate profits are leading to pay raises, which is in turn leading to better consumption. While Japanese politicians paint the results as an indication their economic stimulus efforts are working, there is a sign of caution. An increase of inventories contributed half a percentage to the quarterly growth. Without this, the annualized rate would have been just 0.4%.