A Break in the Storm? 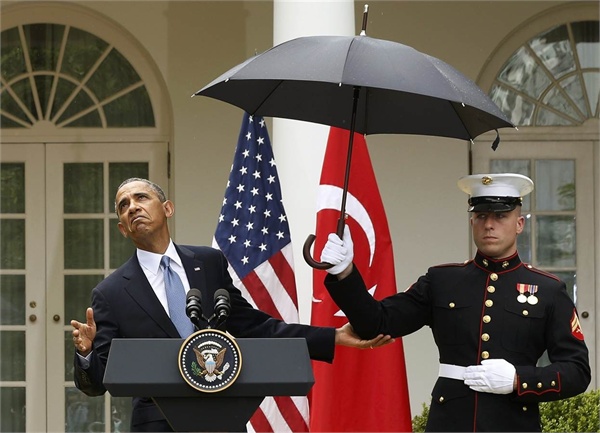 Entering 2014, the majority of market experts predicted a rise in interest rates as the Federal Reserve continued on their path of removing stimulus. And when interest rates rise, prices of fixed income instruments move in the opposite direction. Interestingly, so far this year, the exact opposite has occurred. Interest rates have, for the most part, declined and the riskiest of assets have experienced weakness for several weeks. Skeptical investors are growing increasingly impatient that the U.S. economy won’t be as robust as we anticipated it to be in 2014. Critical eyes are fixated on weak real estate data and less than stellar growth in consumer spending to start the year, all while keeping a wary eye on deteriorating economic fundamentals from overseas. Despite these concerns however, the S&P 500 continues to flirt with all-time highs, as those in the optimist camp sit back and wait for economic statistics to rebound as we exit what many are saying was an exceptionally harsh, and economically disturbing, winter season. 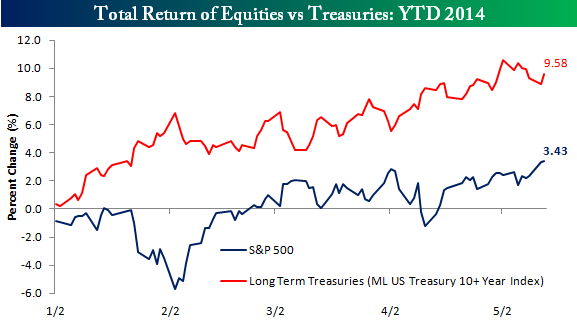 Last week we mentioned that Fed Chair Janet Yellen pointed to recent weakness in the U.S. housing industry, and believe that many investors are keeping a close watch on this part of the economy in 2014. Proving that weather may have been the culprit behind the weak figures from January through March, April new-home construction soared 13.2 percent higher, according to the Commerce Department. Interestingly, the report showed that most of the gains were derived from multi-family dwelling construction. This bodes well for the housing industry in general, but isn’t a positive indicator for the health of the U.S. consumer. A vibrant U.S. consumer base would’ve likely resulted in a better demand for single-family home construction, which only advanced at a 0.8 percent rate. However, building permits, which provide some insight on future construction, increased 8 percent, springing hope that this overall resurgence is likely to continue. 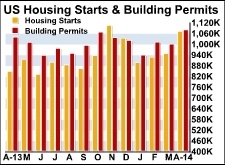 Last week, the Commerce Department reported that retail sales advanced at a paltry 0.1 percent pace in April, but March’s figures were revised to a 1.5 percent gain, high enough to make it the best increase in four years. While March’s jump is being attributed by most to the consumer unleashing their pent-up demand that was caused by poor winter weather, April’s data shows that momentum has faltered. If the economy were demonstrating a trend of higher growth, spending would have continued to be strong again in April. This, combined with weak single-family home starts mentioned above, is causing market experts to question whether or not we will see a robust pattern of strong U.S. consumer spending at all this year. 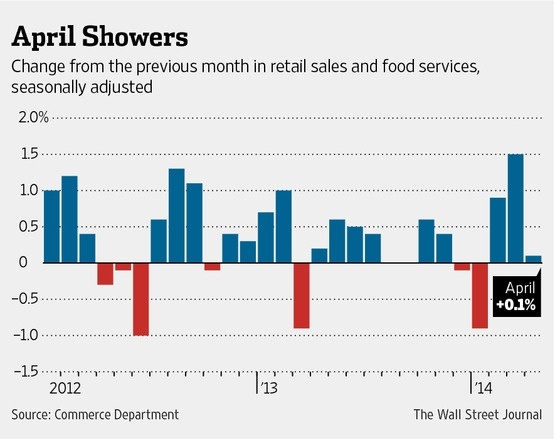 Think social media is silly? Well, it might just have helped Narengra Modi win the largest election in the history of democracy, as he was declared India’s new Prime Minister last week. Modi will become the first Prime Minister of India not from the Gandhi-Nehru families since the country emerged from British rule on August 15, 1947. Modi’s campaign strategy featured an emphasis on social media, which was smart because 70 percent of the 1.2 billion people residing in India own a mobile phone, and an estimated 80 million use social media. The world’s largest exercise of democracy resulted in 527 million votes being cast over a five week election. Modi has millions of followers on Twitter, and used the social media outlet to release his official declaration of victory. His opponent doesn’t have a Twitter account. Coincidence? Possibly, but Mr. Modi broke another record following his election, his message declaring victory has already become the most retweeted post in India’s young social media history. 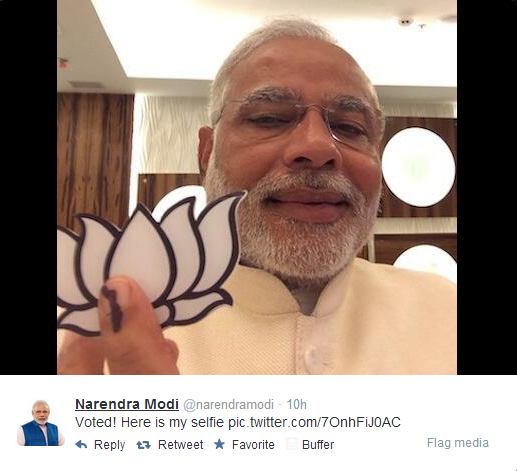 Source: Washington Post/Twitter
Please feel free to forward this commentary to family, friends or colleagues. If you would like us to add them to the list, please reply to this email with their email address and we will ask for their permission to be added.