Investors Flock to Safety as First Quarter Draws to a Close 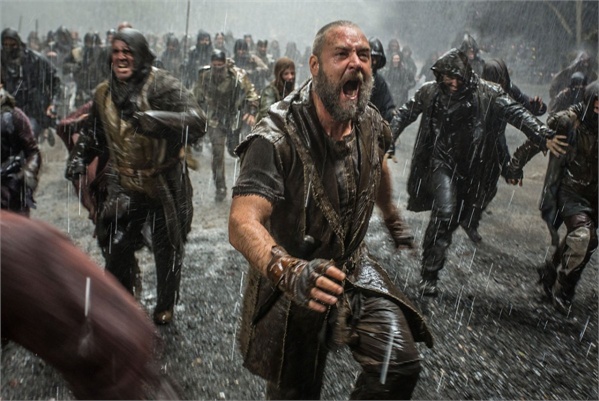 With only one trading day remaining in the first quarter of 2014, stocks are primed to finish the first three months just about where they began the year. The S&P 500 was down 0.5 percent last week as investors juggled mixed economic readings and braced themselves for a potentially lackluster earnings season. Mostly investors still appear to be torn on how to interpret a shift in Federal Reserve policy that, not all that unlike the new blockbuster interpretation of the Biblical tale ‘Noah,’ has flooded the markets with cheap capital. While a reversal in Fed policy will almost inevitably bring higher interest rates at some point in the future, a new report we read this week may offer some evidence that stocks could have plenty of room to rally. 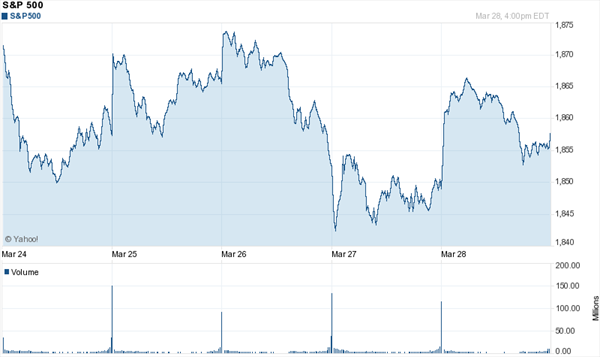 The final revisions to 2013’s fourth quarter gross domestic product (GDP) growth released last week indicated the economy grew by 2.6 percent, slightly more than the previous estimate of 2.5 percent. Highlighting the report was a 3.3 percent advance in consumer spending, indicating the health of the U.S. consumer is strengthening. Despite this apparent resurgence of growth witnessed in the final quarter of 2013, the beginning of 2014 isn’t expected to show as much promise. Not only is economic growth expected to have decelerated in the first quarter, the latest estimates from Wall Street are predicting publicly traded corporations to show no corporate earnings growth. While most of these dire forecasts are being attributed to extreme weather conditions that caused considerable economic disruption this past winter, the timing is especially unfortunate considering many experts are still debating whether or not the economy can continue to show positive momentum as the Federal Reserve begins to reverse their controversial asset purchase program. 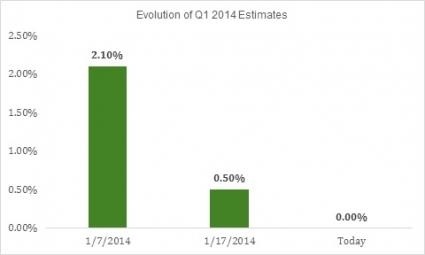 Central Banks Moving in Opposite Directions

While it’s well known by now that the U.S. Federal Reserve has carried through with their intentions to taper their monthly asset purchase program, it appears other central banks abroad may be moving in the opposite direction. In response to low inflation, the European Central Bank offered a strong indication last week that they may undertake dramatic steps in an effort to ignite both economic growth and inflation. Some of these tools, according to the Wall Street Journal, may include negative interest rates or an asset purchasing program similar to the one the U.S. Federal Reserve has in place. 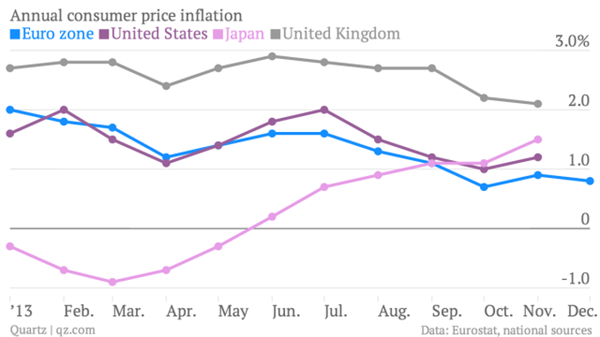 Do interest rates rising mean the stock market has peaked? This is a key question that investors are all asking themselves as an unprecedented amount of Federal Reserve accommodation appears to be about to reverse. Well, according to economist David Rosenberg, we shouldn’t be worried about Federal Reserve interest rate increases right now. Last week, in an article published by Financial Post, Mr. Rosenberg pointed out that, “A dive into the history books shows that at no time did a bull market end after the first rate hike.” He goes on to say, “Typically, in terms of trough-to-peak moves in the S&P 500, we are only one-third of the way into the bull run on the eve of the first Fed tightening in rates.” Of course, just because something has never happened before doesn’t mean it’s impossible. After all, critics would point out that this is no ordinary interest rate cycle considering the unprecedented amount of Federal Reserve intervention we’ve endured. Whatever the case, it’s interesting to note Mr. Rosenberg’s point that there has never even been a time when a bull market cycle was even halfway through at the point of the first interest rate increase.