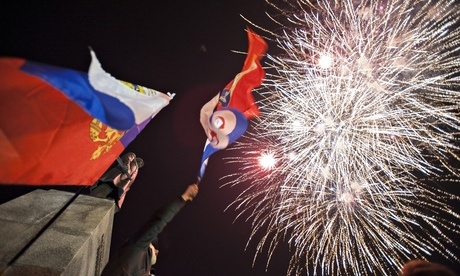 Despite no apparent resolution in sight from the Russia-Ukraine situation overseas and a misunderstood press conference by Federal Reserve Chair, Janet Yellen, stocks still managed to climb higher last week. Although the S&P 500 finished last week below its all-time high, the index advanced 1.4 percent, making it the best week since February 14th. Interest rates fluctuated throughout the week as well, but most U.S. bond yields finished the week higher as Federal Reserve forecasts outweighed the attraction to safe-haven securities often witnessed during times of geopolitical tension such as is occurring between Russia and the western world. 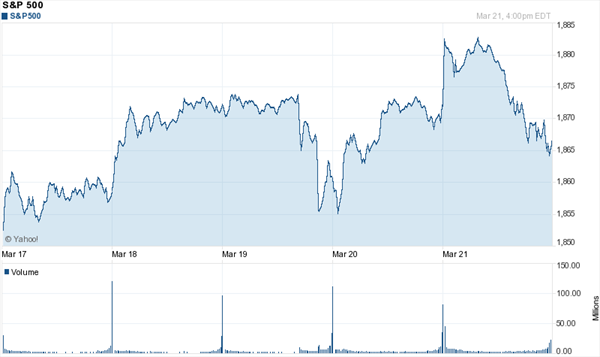 Russia to Respond to Sanctions

Last week, both the U.S. and the E.U. imposed economic sanctions on Russia consisting of asset freezes and travel bans on key leaders. While this isn’t likely to result in a major economic toll on Russia’s economy, as investors we should expect these types of headlines to persist, and potentially gather steam, for the immediate future. These types of events cause considerable distractions for investors and result in “risk-off” trading behavior where investors ignore all other economic or corporate fundamentals and raise cash, mostly out of fear. In other words, the sooner this situation disappears from our headlines, the better. 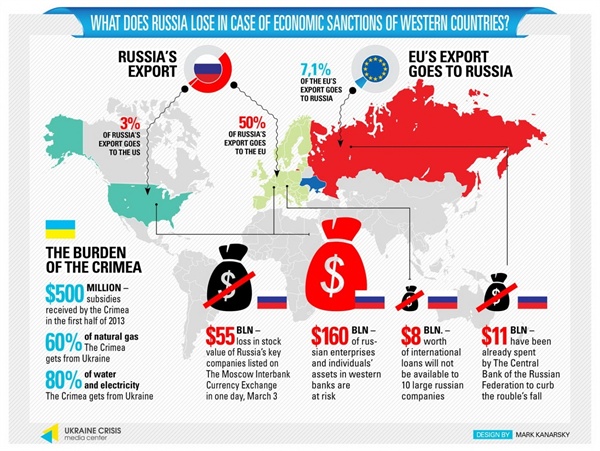 What Did Janet Say That Roiled Investors?

Wall Street traders gave us another hilarious rendition of what can happen when a game of telephone goes wrong last week. As investors hung on to every syllable of Janet Yellen’s first press conference as Fed Chair, they took a comment to mean something much more than it was intended. Surprising? Of course not. There still remains a large quantity of investors who think the Federal Reserve can’t reverse their quantitative easing policies without destroying the economy. The slightest hint of them creating inflation or rising interest rates too soon and choking off the economic recovery really gets people worked up quickly. So what happened last week that sent shares nose-diving lower on Wednesday and rallying back towards all-time highs on Thursday? Well, what Ms. Yellen said is the Fed intends to continue reducing the monthly bond buying program by $10 billion increments until it ends at some point this year, and that following the conclusion of those purchases, the Fed will maintain rock-bottom interest rates “for a considerable period.” Now, when someone asked Ms. Yellen how she would define “a considerable period,” that’s when the fun began. Her actual answer was, “It’s hard to define, but, you know, it probably means something on the order of around six months or that type of thing. But, you know, it depends.” What the market heard and what almost every panicked investment headline rushed to publication read was something like, “FED TO RAISE INTEREST RATES SIX MONTHS AFTER BOND PURCHASES END!!!!” Of course, stocks sold off and interest rates shot higher as the manic trading group of Wall Street overreacted without taking into consideration that Ms. Yellen was simply giving a rough estimate, not a promise. Federal Reserve policy has stated, time and time again, that it will be reactionary to the data they see on the condition of the U.S. economy. When they finally do raise interest rates, it will be because the U.S. economy has considerably strengthened and inflation has picked up. While the median voting Fed member estimate on where the benchmark interest rate will stand by the end of 2015 rose to 1 percent after this meeting from the December meeting’s 0.75 percent, the Federal Reserve continues to stress the estimates are both subjective and data dependent, and even moved away entirely from their previous 6.5 percent unemployment rate target. 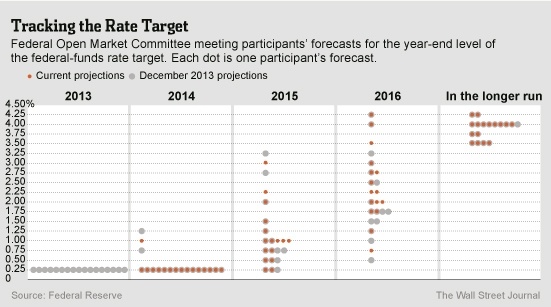 By now, your NCAA bracket is most assuredly lying in the bottom of your wastebasket. However, don’t feel ashamed that you didn’t pick a perfect bracket because, well, it’s never been done before. In fact, ESPN reports that from the over 30 million brackets submitted to its website over the last thirteen years, no one has come close to having a perfect bracket, and only one has even had a perfect first round in the last seven years. Furthermore, if we consider the odds given to us by CBS Sports, the odds of picking a perfect bracket are 1 in 9.2 quintillion! That’s considerably less than the odds of winning the Powerball Lottery, 1 in 195 million, and even less likely than giving birth to identical quadruplets, 1 in 15 million.