It was a quiet week for markets. Economic data released throughout the week was mixed and mild enough to keep major domestic benchmarks largely unchanged. Outside of the U.S., equities fared better. The MSCI World Index that excludes the U.S. rose 1% for the week. Year-to-date, this benchmark has doubled the 2.5% return of the S&P 500, even in dollar terms.

This Is What It Sounds Like When Doves Testify

Janet Yellen provided a boost to markets last week when she testified before the Senate Banking Committee. The Fed Chair set the stage for removing the word “patient” from policy meeting statements during the FOMC’s March meeting. Fed watchers had viewed this move as a signal that rate hikes would soon follow, but she emphasized the fact that the central bank will maintain flexibility when it comes to timing on raising rates. Interestingly, she highlighted that the Committee anticipates raising rates when it becomes clear that inflation will move back over the 2% objective, and that they currently believe this measure is “well below” this benchmark and there is still room for sustainable improvements in the labor market. All of this signals that rate hikes could come later than expected. 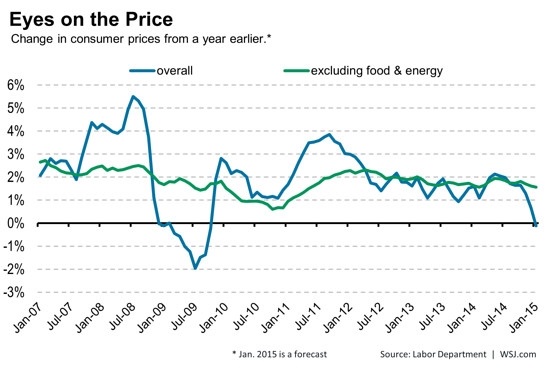 If the German Finance Agency has a theme song for 2015 it’s likely to be “Money for Nothing” by Dire Straits. On Wednesday, Germany issued $3.7 billion of 5-year bonds at an average negative yield (0.08%) for the first time ever. This caps off nearly $36 billion of debt issued at 13 auctions so far this year. The average yield for this debt is 0.006%. The negative yield means investors are in essence paying the German government to hold their cash. While this sounds ridiculous, paying 0.08% is a better deal than paying 0.2%, which is what many banks within the European Union are currently charging for large deposits. Some investors are also speculating that yields could venture further into negative territory once the ECB begins its quantitative easing program next month, thus creating to the opportunity to sell the bonds that are already trading above par at even higher prices.

The Passing of Irving Kahn

Late last week Irving Kahn, often referred to as the world’s oldest professional investor, passed away at the age of 109. The chairman of investment firm Kahn Brothers began his career as a “runner” on the floor of the New York Stock Exchange in 1928 and later worked for Ben Graham and David Dodd researching what became a seminal work for value investors, “Security Analysis.” Kahn’s investment wisdom can be summed up with two phrases he espoused over his career that spanned more than eight decades: “know much more about the stock than the man who’s selling” and “you gain much more by slow investing and concentrating on what you know.”

Everybody knows what to do when life gives you lemons, but what do you do when it bombards you with snow? In just three weeks between the end of January and the middle of February more than seven feet of snow dropped on Boston, and giant frozen hills have formed where city ploughs have piled it up. One such hill blocked a popular bike path until a local rider posted a pic on his Facebook page asking for a public works phone number to call requesting a byway be made for cyclist. No one knew the number, but several suggested doing it himself. The following day, a group of friends dug a 40-foot long tunnel through the mountain of snow opening the path to a local subway station. Two days later the city finally showed up, but it was to demolish the tunnel. 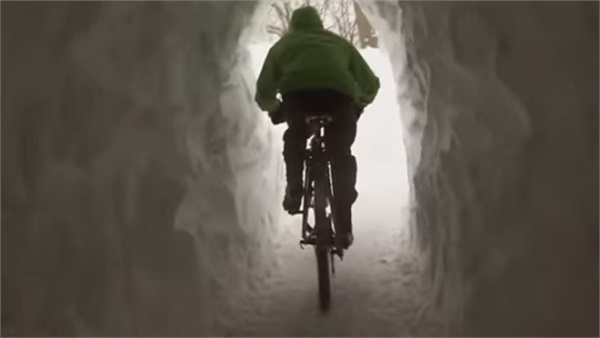 * The Standard & Poor's 500 (S&P 500) is an unmanaged group of securities considered to be representative of the stock market in general.
* The 10-year Treasury Note represents debt owed by the United States Treasury to the public.
* The Dow Jones Industrial Average is an unmanaged group of securities demonstrating how 30 large publicly owned companies have traded and cannot be invested into directly.
* The MSCI World Index captures large and mid-cap representation across 23 Developed Markets (DM) countries*. With 1,634 constituents, the index covers approximately 85% of the free float-adjusted market capitalization in each country.
* Indexes are unmanaged, statistical composites and their returns do not include payment of any sales charges or fees an investor would pay to purchase the securities they represent. Such costs would lower performance. It is not possible to invest directly in an index.
* Past performance does not guarantee future results.
* Charts and graphs should not be relied upon as the sole basis for any investment decision and are for general informational purposes only.
* The prices of small cap stocks are generally more volatile than large cap stocks.
* Consult your financial professional before making any investment decision.
* This newsletter was prepared by CWM, LLC.
* Yahoo! Finance is the source for any reference to the performance of an index between two specific periods.