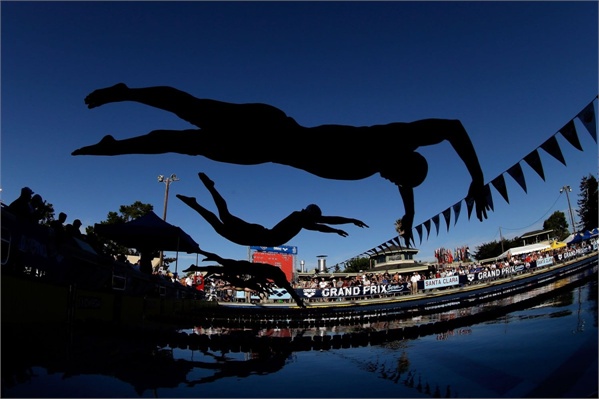 Despite the fact that 2014’s first quarter turned out to be one of the worst quarters in the history of the U.S. economy, stocks finished the week only 0.1 percent lower. With one trading day left in the second quarter, the S&P 500 is up 6.09 percent year to date. Other economic data helped buoy investor sentiment last week as the stock market continues to attract buyers, despite a disappointing start to the year for overall economic growth.

Revisions to the first quarter growth rate of the U.S. economy, as measured by gross domestic product (GDP), were released last week and investors were stunned with the results. As it turns out, economists are now saying the U.S. economy shrank by an annualized rate of 2.96 percent in the first quarter. Only 16 times in the entire history of the U.S. economy have we witnessed a worse contraction over a three month time period. Furthermore, according to the firm J. Lyons Fund Management, there has never been an instance where the U.S. economy has contracted by more than 1.73 percent in a single quarter and didn’t fall into a recession. Before you panic though, the firm Marginal Idea rebutted this finding by showing that the average one year return of the S&P 500 index following the top 25 worst quarters of economic decline is 16 percent. Also, the index has seen positive returns 79 percent of the time one year after the worst quarters of economic growth. 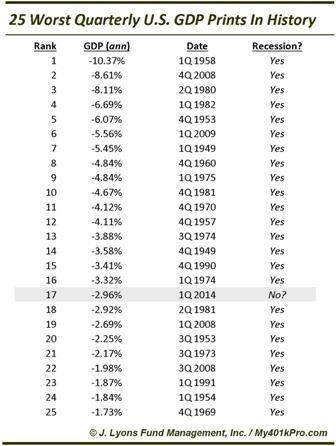 Purchases of new homes in the U.S. rose by 18.6 percent in the month of May, the best one-month increase since January 1992. The annualized pace of purchases is up to 504,000 according to the Commerce Department report released last week. As the number of purchases increases, so has the median price of a home. The 6.9 percent gain in the median sales price of a U.S. home in May brought the amount to $282,000. This is encouraging news, but some may point to the fact that new home purchases only account for approximately seven percent of the housing market. But the much larger, existing home sales figures have also shown signs of strengthening lately too. According to the National Association of Realtors, purchases of existing homes also climbed 4.9 percent in May, making it the strongest monthly pace of growth since August 2011. Furthermore, the median home prices for existing homes improved by 5.1 percent last month. 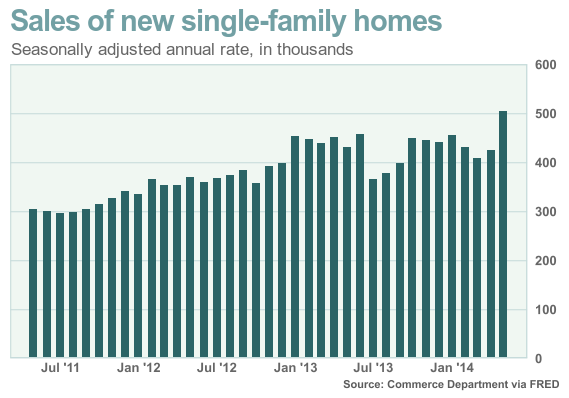 The U.S. government is expected to deliver their largest fine ever next week. After years of investigation and months of negotiating, French bank BNP Paribas appears to be ready to accept a reported $9 billion fine, in addition to pleading guilty to charges of breaking U.S. sanctions implemented against Iran, Sudan and Cuba. It’s believed that from the years 2002-2009, BNP Paribas handled over $30 billion worth of transactions with these blacklisted countries, and is now paying the price for violating the U.S. government’s orders. While this simply adds another chapter to the stringent behavior by regulators since the financial crisis in 2008, this particular fine dwarfs the penalties incurred by other banks in the last several years.