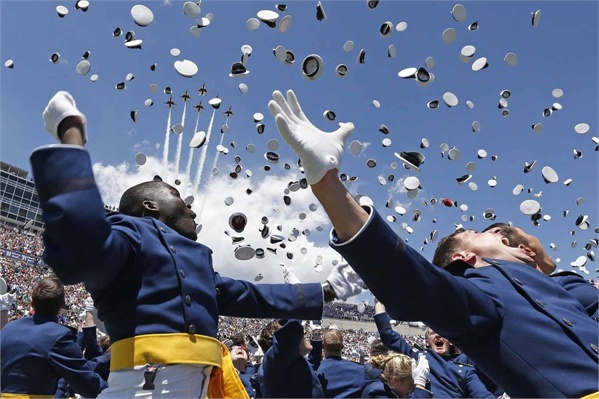 The month of May turned out to be great for investors. The S&P 500 gained yet another 2.1 percent during the month, broke through 1,900 for the first time, and brought the number of consecutive monthly gains for stocks to four. As an added bonus, stocks even made one of those silly stock market myths, “Sell in May and Go Away,” look as ridiculous as it should. Bond investors have reason to cheer as well, as U.S. Treasury bonds had their best month of gains since January. All of this occurred last month as the U.S. economy remains delicate and the Federal Reserve continues to exit their quantitative easing program.

U.S. Economy Worse Than We Thought

We knew that 2014 didn’t start off well, but it turns out that growth was negative for the first three months. The Bureau of Economic Analysis revealed last week that, after a closer look, the U.S. economy experienced its first contraction since 2011 last quarter, declining at an annual rate of 1 percent. Of course, investors were unfazed by this report, considering we already mentioned that stocks rallied last week. The reason nobody cares? Well, many people are still pulling the weather card. A majority of the economic decline was a result of less inventory building by businesses, as investment was curtailed due mostly to poor climate conditions. Most economists now predict that this lost growth will be pushed into the current quarter. A survey by Bloomberg indicates that economists, on average, believe the U.S. economy will grow by 3.5 percent from the April to June period. Morgan Stanley is optimistic enough to predict a gain of 4.2 percent in the current quarter. 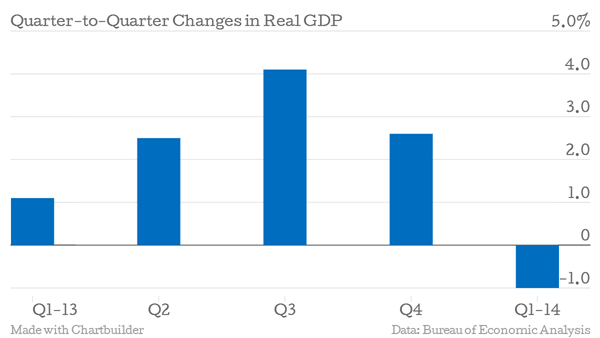 We’ve mentioned in previous commentary that we are in the midst of one of the longest stretches without an official “correction” in stocks, defined as a 10 percent decline of a major stock index from a previous peak. Whenever we have approached that level of a decline, there’s been a return of buyers that send shares back higher. And with so many skeptical investors and “market experts” questioning the reliability of stocks, we’ve pondered where this barrage of buying has come from. As it turns out, some of the largest buyers of stock have been the corporations themselves. Companies in the S&P 500 bought a cumulative $160 billion worth of their own stock in the first quarter of 2014. According to Zero Hedge, if this pace persists through the current quarter, we will have witnessed the largest amount of buybacks made in any one year period. 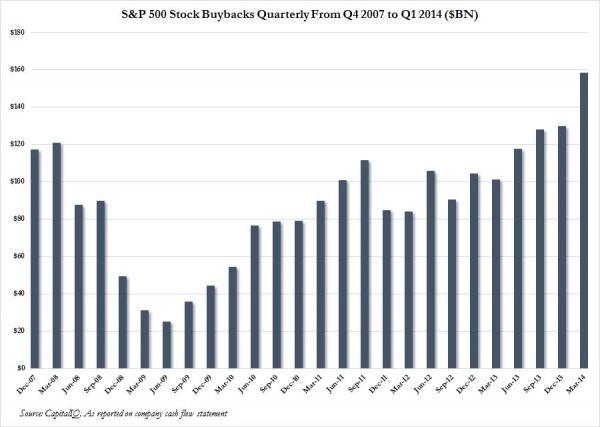 Ben Bernanke may no longer be the official Chairman of the Federal Reserve, but his words still move markets. According to an article published by Larry Kudlow in the National Review last week, Mr. Bernanke spoke at several high-priced private dinners for major hedge fund investors in March and April. What he said at these dinners may explain why stocks and bonds have both rallied recently. He told one audience that the Fed’s key fed funds rate wouldn’t reach 4 percent in his lifetime. By saying this, he’s relaying the message that the Fed believes loose monetary policy, and low interest rates as a result, aren’t going to disappear anytime soon. This made last year’s move higher in interest rates, which move in the opposite direction of bond prices, seem inappropriate as the Fed is likely to keep interest rates suppressed for years. Furthermore, stocks remain attractive as long as the Fed believes it needs to continue doing more to aid the economic recovery. While one Wall Street adage, “Sell in May and Go Away,” looked foolish last month, another continues to ring true, “Don’t Fight the Fed.”