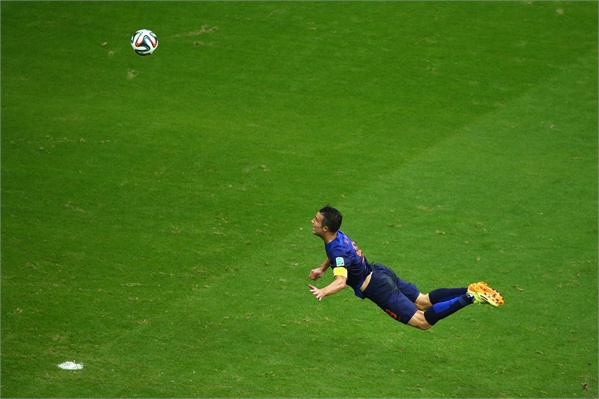 Fresh off the heels of a stellar rally, stock prices paused underneath their all-time highs last week as conflicting economic data was released and turmoil erupted in the Middle East. The S&P 500 finished down nearly 0.7 percent for the week and remains 4.75 percent higher year to date. Investors seemed to be afflicted by reports from Iraq in the middle of the week, but there were also a few key reports on the condition of the U.S. economy that affirmed that small business owners and the consumer remain on a positive trajectory.

Resilient demand from the U.S. consumer for high ticket consumer goods has resulted in solid overall retail sales over the past few months. While the Commerce Department reported last week that May retail sales grew by only 0.3 percent, the April figures were revised higher to show a 0.5 percent gain versus the original estimate of only 0.1 percent growth. Growth appears even more impressive when compared to May 2013, as overall retail sales are 4.3 percent higher than the same time last year. Perhaps the most compelling portion of the report was the fact that expensive items such as automobile purchases, home improvement goods and furniture sales all showed tremendous growth. Economists have commonly stated consumers typically purchase these high priced items when their confidence has increased and their outlook is optimistic. 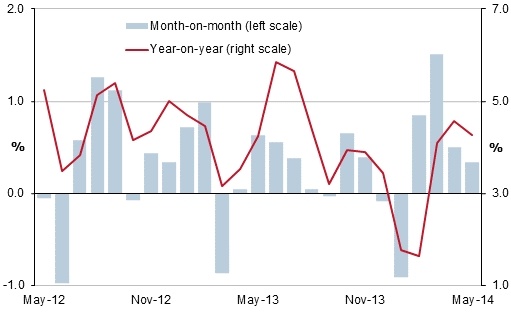 Confidence among small business owners is the highest recorded since before the recession, according to the National Federation of Independent Business’s small-business optimism index. Within the report, business owners specifically pointed to their increased ability to raise the prices of their goods and services. Furthermore, small business owners have increased their workforce, adding an average 0.11 workers per firm in May. This marks the eighth straight month of net positive hiring, and is the best string of monthly gains since 2006. In fact, one of their largest concerns is actually not being able to find people to fill certain positions, with 24 percent of owners noting their inability to find worthy candidates. 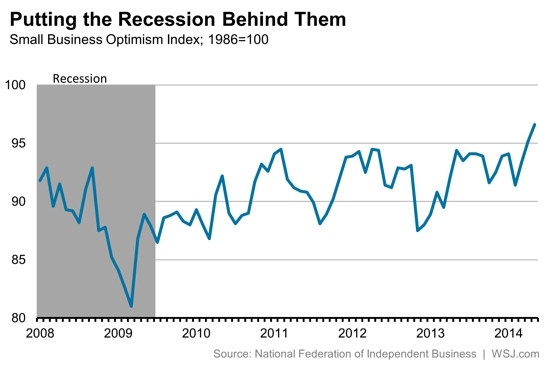 The Islamic State of Iraq and Greater Syria, or ISIS, dominated headlines last week as their group brutally took over several large areas of Iraq. The group emerged out of the now infamous terrorist organization Al Qaeda, and is believed by many to have disbanded from that group for being too extreme and violent. The group is allegedly operating on a mission to install a single Islamic state in the area and rule it according to an extreme interpretation of Sharia law. Some of their rules, according to the Daily Mail, include women being fully covered in loose-fitting clothes, amputating the hands of thieves, destroying religious shrines and outlawing music, cigarettes and alcohol. It’s believed the group has 12,000 fighters, only a fraction of the 270,000 member Iraqi Army. Despite their small size, ISIS has breezed through large areas of Syria and now Iraq, and appears headed for Baghdad, the capital of Iraq. Markets will undoubtedly be keeping a close eye on the developments of this conflict. Items of particular interest will include what will happen to commodity prices (particularly oil) and whether or not, and to what extent, the U.S. military becomes involved.