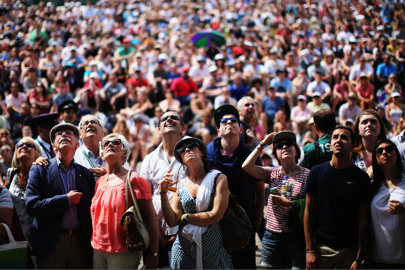 It was a short week on Wall Street due to the Independence Day holiday, but that didn’t prevent stocks from putting in a solid amount of work. The S&P 500 boomed another 1.25 percent higher in only four trading days, bringing 2014’s year to date gains to 7.4 percent. The Dow Jones Industrial Average also rose 1.28 percent last week and cleared a considerable milestone, passing the 17,000 price level for the first time in history. This adds to what has already become one of the greatest bull market rallies ever, with the Dow Jones Industrial Average now up over 106 percent in the last five years. The S&P 500 rally is even more impressive, having gained more than 121 percent over the same time period.

One of the biggest critiques skeptical investors have had on the record stock market prices is that the U.S. employment market remains weak. This stance believes that without a strong labor market, sooner or later, stocks would be unable to move higher. While that theory might’ve been perfectly logical, it doesn’t look like it will matter. We’re finding out that the employment market is actually showing plenty of life considering nonfarm employment grew by 288,000 in June, and April’s number was revised higher to 304,000 net new jobs added. The unemployment rate now stands at 6.1 percent, the lowest point since September 2008. With June’s numbers in, we’re in the midst of the best five month stretch of net new job additions since 2006. And while the estimated underemployment rate, or the percentage of people who are either unemployed or are working at jobs below their capabilities, stands at a worrisome level of 12.1 percent, it’s improved significantly and also stands at its lowest point since 2008. Unfortunately, the one sobering portion of June’s report is that many of the new jobs being added have been in lower paying sectors of the economy, such as retail and hospitality, and wages only increased at a 2 percent clip from this time last year. 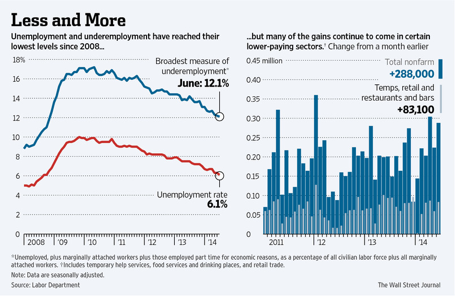 A correction in the stock market is defined as a price decline of at least 10 percent from a prior peak. The S&P 500 has typically seen a correction every 18 months, on average, since 1928. However, investors are dealing with a market that has now rallied 1,000+ days, or 33 months, without a correction. For months, market pundits have argued that stocks are due for a correction, but surprisingly this isn’t even the longest correction-free stretch. From October 1990 to October 1997, or 2,553 days, the S&P 500 consistently soared higher without a correction. In fact, this 1,000+ day stretch is only the fifth most impressive length in history. 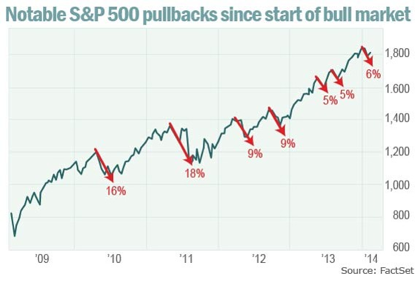 I guess we might have to start calling our country Saudi America, because we just became the number one oil-producing nation in the world. U.S. production of crude oil surpassed 11 million barrels in the first quarter of 2014, according to the International Energy Agency. This comes as a result of a massive surge in oil production in states such as Texas and North Dakota, as oil extraction technologies have advanced to a point where our country can pull oil out of previously unobtainable places in shale rock formations. This development has resulted in a once unthinkable proposal. A movement in gaining strength for the U.S. to actually begin exporting crude oil to other countries for the first time in over four decades.