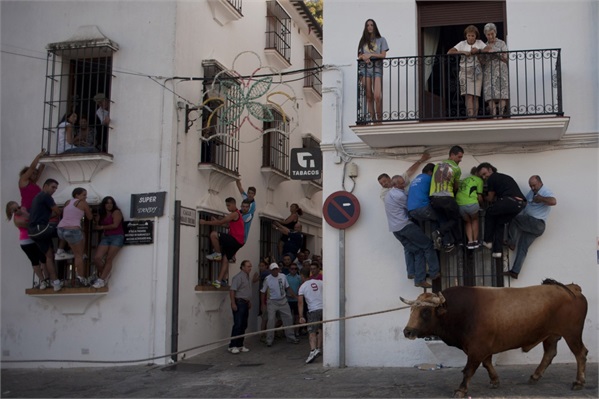 Investors weren’t quite sure which direction to head last week as the S&P 500 finished almost exactly where it began, having gained a miniscule 0.01 percent. While stocks have posted impressive year to date gains of 7.03 percent on the S&P 500, markets have moved in a much less volatile pattern than we’ve grown accustomed to over the last several years, and stocks have been trading more on individual merits rather than in risk-on or risk-off tandem. As earnings season continues to show investors how corporations fared in the second quarter and what they expect going forward, the market is seemingly separating the winners from the losers.

With about half of S&P 500 companies having reported their 2014 second quarter results, the results so far look impressive. The percentage of companies that have surpassed analyst’s consensus expectations for earnings is 69.8 percent so far, above both first quarter results and the historical average. Revenue results have also been impressive, with 61.1 percent of companies having beaten estimates, which is a considerable improvement over first quarter results. However, with many investors growing concerned about valuation of the S&P 500 as a whole, it’s likely that earnings growth will need to continue to accelerate in coming quarters, or at the very least sustain, the approximate 8.6 percent growth companies are posting on average this quarter, according to Zacks Investment Research.

For the third straight month, sales of existing homes climbed higher in June, according to the National Association of Realtors. Notching the most impressive gains since October, sales of previously owned homes increased 2.6 percent to an annually adjusted rate of 5.04 million, according to the Wall Street Journal. In addition, home buyers are paying more, on average, for these new purchases as the median sales price escalated 4.3 percent compared to June 2013. The inventory of homes, or the overall supply of the market, continued to gain strength also, with total homes for sale increased 6.5 percent versus last year. According to the Wall Street Journal, there is an approximate 5.5 month supply of homes now on the market, indicating the economics of the housing market are balanced and healthy. 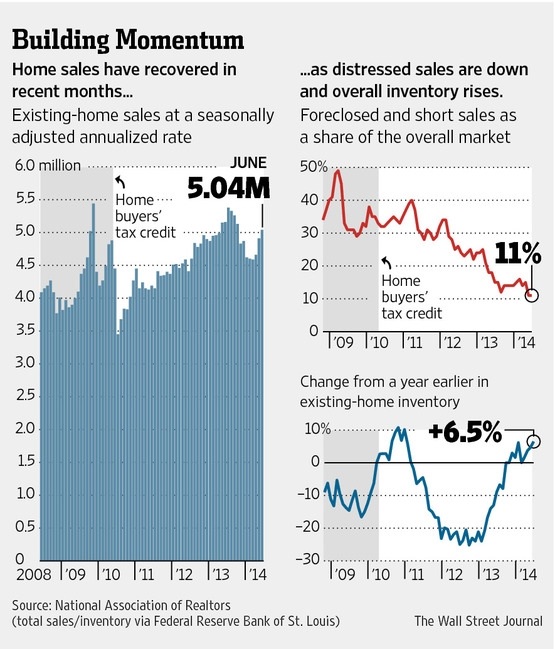 Investors have been keyed in on the results of a proposed merger between media behemoths 21st Century Fox and Time Warner Inc. Interestingly, should this merger go through, some argue that it would reduce the number of companies that control over 90 percent of the media consumed by American’s to just five. This is a huge transformation, considering in 1983, you had to take the top 50 companies to count to 90 percent of the media market.