Stocks Mixed Ahead of Earnings Season

Investor behavior remained finicky last week as stocks mostly moved out of tandem with one another. The S&P 500 finished the week lower by 0.2 percent while the Dow Jones Industrial Average squeaked out its first weekly gain of the year edging up 0.3 percent. Macroeconomic data was mostly positive as was news from Capitol Hill where Congress reportedly passed a budget before a deadline and even did so without scaring every single U.S. citizen with a dramatic standoff like we were forced to endure last September. However, none of this was enough to propel equities much higher. Investors seem to be keenly focused on the current earnings season that will soon pick up steam as a slew of corporations report their 2013 fourth quarter results over the coming weeks. 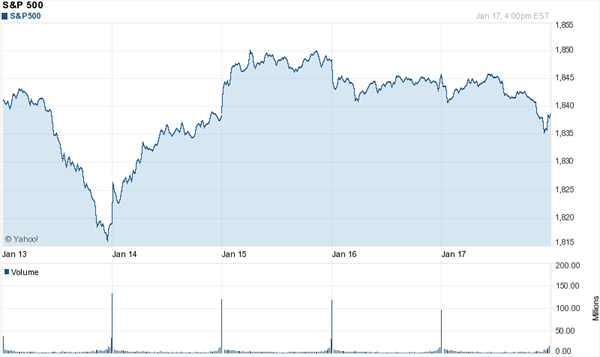 Caution – Peace Has Broken Out in D.C.

We know this sounds absolutely crazy and untruthful, but last week Congress actually did their job! Yes, both the House and U.S. Senate passed a $1 trillion spending bill before a deadline that, once again, would’ve resulted in the U.S. government relying on emergency funding before “shutting down” again. There were no hostages taken, no threats standing in the way, and it was a shockingly smooth ordeal. The deal keeps the U.S. government funded through the end of September 2014 and even set a top-line spending number for 2015. According to USA Today, if the 12 appropriations bills, that together make up the entire 2015 top line number, are agreed upon by October, it will be the first time since 1994 that Congress actually accomplishes its fundamental responsibility of determining how much the U.S. government should spend in a fiscal year on schedule. The chart below details where the money will go, by department, for fiscal year 2014. 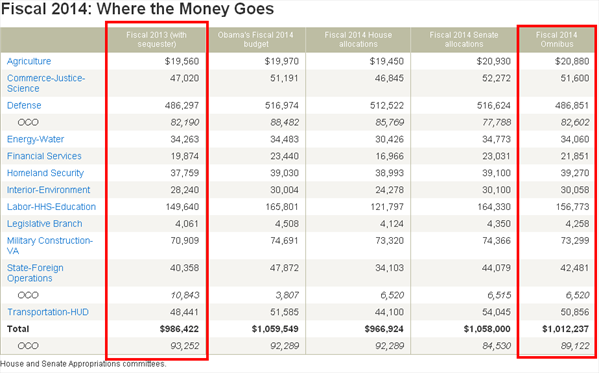 Two measures of consumer spending both verified last week the most recent holiday shopping season was stronger than originally anticipated. As depicted below, the official government report from the Commerce Department indicated retail sales, excluding auto sales, were up 0.7 percent in December. Also, the National Retail Federation reported holiday sales grew 3.8 percent from last year with online sales advancing 9.3 percent on the year to reach $95.7 billion. The total increase in spending was higher than the 3.5 percent rise we saw in 2012. 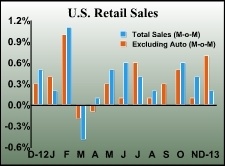 Despite what last week’s unexpectedly atrocious jobs report might lead us to believe, we continue to see indications the average U.S. household’s situation is improving. We know the holiday shopping season went respectably well and last week we found out the housing market continues to heal. RealtyTrac, the nation’s largest database of foreclosure properties, reported default, auction, and repossession notices were down 28 percent in December compared to the year earlier. Furthermore, these notices are down by 53 percent from their peak in 2010. This data suggests two possible reasons for this improvement: 1) households are better able to pay their mortgage, and/or 2) home prices have rebounded enough for struggling homeowners to sell their home rather than be forced to undergo foreclosure. 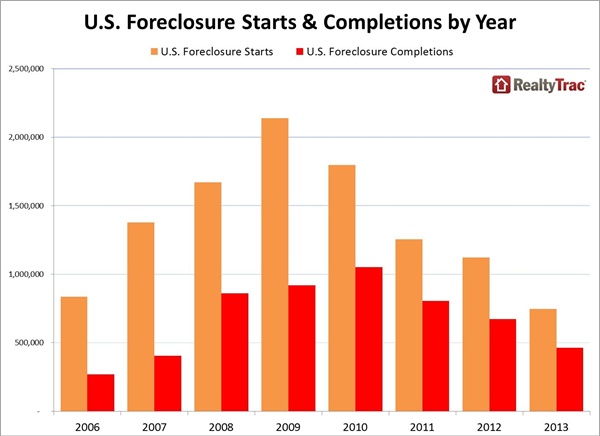 Worried About Slow Start for Stocks in 2014? This Might Help…

Bespoke Investment Group published the chart below last week that should relieve some anxiety to equity owners. Despite the apparent slow start so far this year for stocks, the Dow Jones Industrial Average, since the start of December, is actually running above trend when compared to the last twenty years. According to this chart, the Dow Jones Industrial Average typically gains 1.76 percent from the two-month period beginning in December through the following January, and the current period is running ahead of schedule. While this chart by itself may be essentially meaningless when it comes to investing, it may provide a nice counter to someone concerned about the “January Effect,” which states that as goes January, so goes the stock market’s rest of the year. 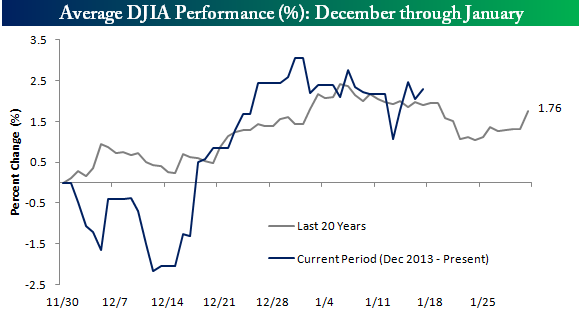 
Please feel free to forward this commentary to family, friends, or colleagues. If you would like us to add them to the list, please reply to this email with their email address and we will ask for their permission to be added.