Wall Street investors wandered through the end of last week not quite sure what to make of the latest jobs report that was shockingly bad. While stocks did end with gains for the week, as evidenced by the S&P 500 advancing 0.6 percent, they remain in the red by 0.3 percent for the year. The confusion created by the weak jobs report stems from its contradiction to a long series of positive readings on the U.S. economy we’ve grown accustomed to receiving over the last several weeks. Furthermore, the report throws a dash of uncertainty into whether or not the U.S. economy is truly as strong as market participants have grown to believe and could also disrupt the Federal Reserve’s previously stated intentions to continue tapering their asset purchase program in 2014. 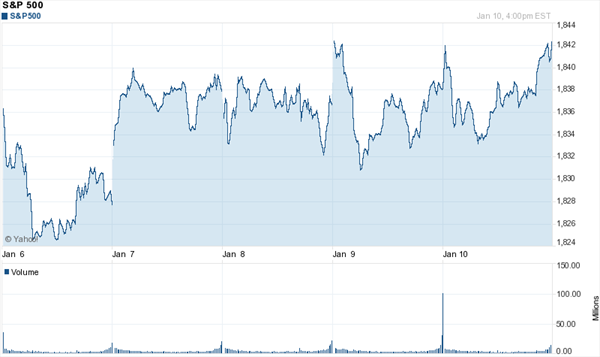 Can We Officially Declare the Unemployment Rate to be Irrelevant?

Passive periodical readers perusing through their favorite newspaper or website last week probably saw a headline stating the unemployment rate reached 6.7 percent in December and thought to themselves, “This is great news!” After all, the unemployment rate was 7 percent just last month and was 10 percent a little over four years ago. What this headline statistic doesn’t tell you is, while 74,000 jobs were added last month, nearly 347,000 people left the workforce. In fact, the labor participation rate, or the percentage of working-age Americans who are actively seeking a job, fell to a 36-year low of 62.8 percent in December. Put another way, for every one person who found a job in December, five people gave up looking for a job and dropped out of the labor force. 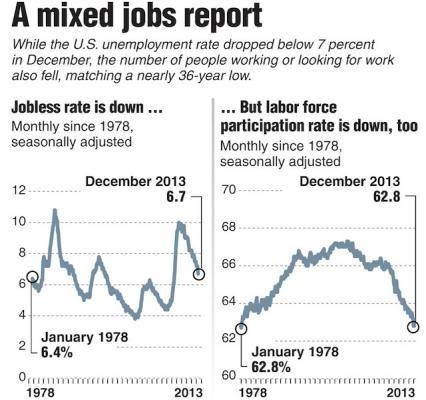 While a poor jobs report may have sent stocks reeling in the past, these are not normal times on Wall Street. Luckily, last month the Federal Reserve scratched its previous target of maintaining the current level of monetary stimulus until the unemployment rate reached 6.5 percent. The poor jobs report may be viewed as positive to some as it may increase the likelihood the Federal Reserve will remain accommodative for longer than what was previously anticipated. This new data could also prove to be an interesting plot twist in the Federal Reserve saga and comes at a pivotal time of transition as Janet Yellen, who will grace the cover of Time magazine this month, is set to take the helm at one of the most important institutions in the world. 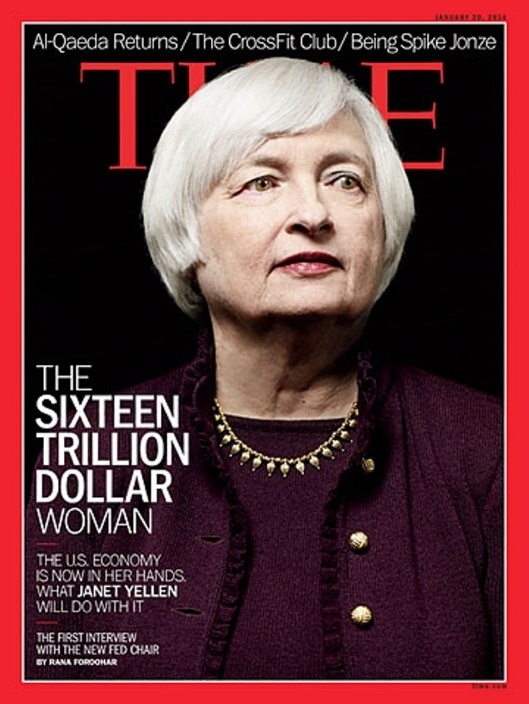 Some are blaming December’s abysmal jobs report on unusually cold weather. To be fair, last month was the coldest December since 2009, according to weather data provider Planalytics, Inc. Capital Economics Chief U.S. Economist Paul Ashworth pointed out a household survey which indicated that 273,000 people reportedly couldn’t go to their jobs because of weather as compared to an average of 166,000 people in past years. Supporting this theory, the jobs report showed construction jobs fell by 16,000, transportation was down 1,000, and manufacturing only added 9,000 last month. These particular sectors of the economy are traditionally more affected by weather conditions than the service industry. After all, the weather was so treacherous parts of Niagara Falls, as depicted below, actually froze! 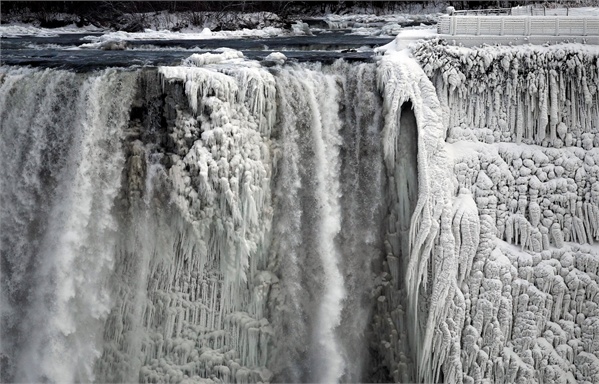 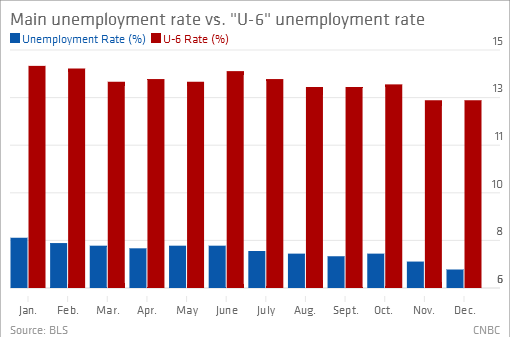