Many financial experts are calling for increased volatility in 2015 and the first full week of trading didn’t disappoint. The Dow Jones Industrial Average posted tripled-digit moves for each day of the week. Interest rates and oil prices were also unstable and midweek the 10-year Treasury rate dipped below 2%. In the end, the S&P 500 fell 0.7% for the week while the Dow Jones Industrial Average dipped 0.5%. The rough start might be a good sign though. A Wall Street strategist noted this week that the market has started the year in negative territory after four days 40 times. Of these, stocks finished the year lower nearly half of the time when gripped by bears. However, when bulls are raging, like now, the markets finished higher 92% of the time following the initial decline. 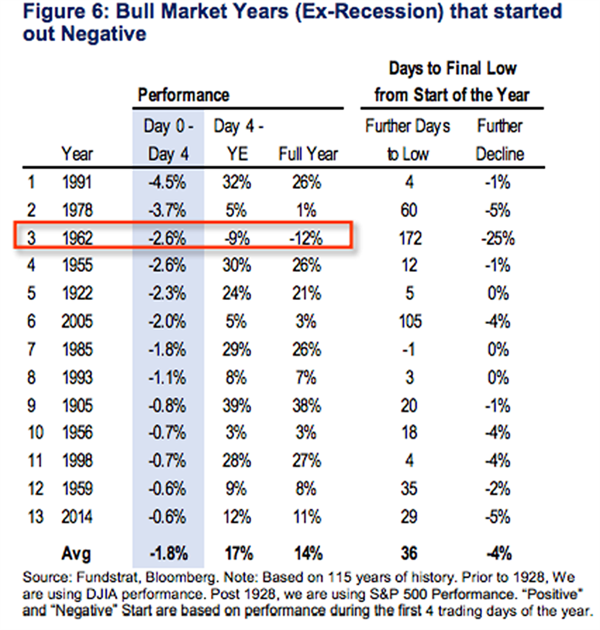 On Friday morning, the U.S. Labor Department reported the economy added 252,000 new jobs in December and the unemployment rate fell to 5.6%. The number of new additions was roughly in line with expectations, and once again the positive surprise on the unemployment rate was fueled by a drop in the participation rate. Importantly, upward revisions added approximately 50,000 jobs to the previously stated figures for October and November, bringing the total number of new jobs added in 2014 to 2.95 million. This represents the best year since 1999. The one fly in the ointment was a slight decrease in hourly earnings, which fell 0.2%. However, the mild blemishes might be enough to keep the U.S. Federal Reserve from moving sooner on rate hikes than anticipated, something that could shock equity markets. 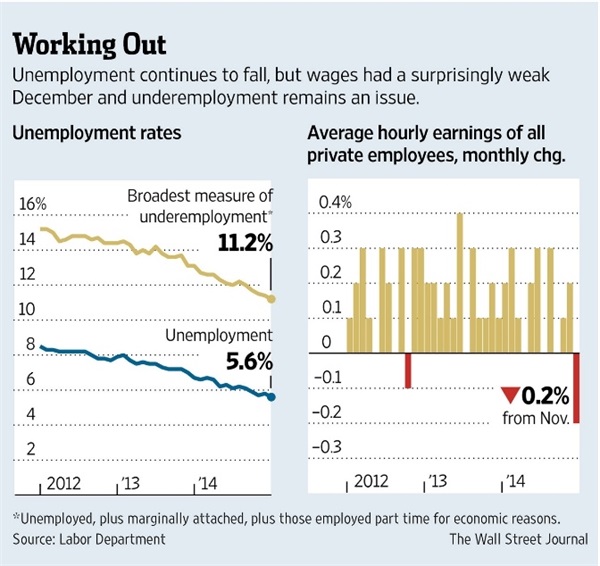 While most of the market’s attention lately has been on oil and gasoline, the prices for natural gas have plummeted too. This week, natural gas hit a two-year low after collapsing 35% since mid-November. Interestingly, prices have remained depressed even after much of the country has been hit by arctic air this week. This is a drastic shift from the 30% jump experienced last winter during a particularly cold spell in February. A rally hasn’t materialized this time because many analysts feel that supplies are sufficient to make it through a severe winter and have plenty to spare. The U.S. Energy Information Administration released data on Thursday showing storage levels at 131 billion cubic feet, far above the 119 billion predicted by a survey of industry analysts. And, there looks to be no relief in sight. Meteorologists are expecting an unseasonably warm January after this short-lived cold snap that pushed temperatures below freezing in all lower 48 states on Thursday. 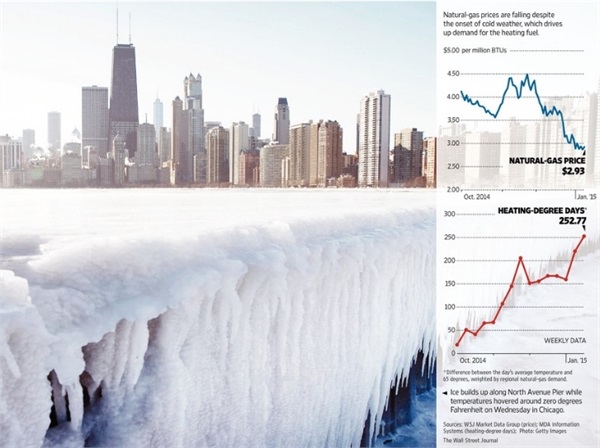 A new industry is cropping up with hotbeds in Portland, Oregon and Madison, Wisconsin: the cuddle-for-hire business. The industry is taking off as customers are becoming hooked on the therapeutic benefits of simply being hugged (even if it’s by a stranger) and they are paying up to $80 an hour. Additionally, women are even sending husbands and boyfriends to teach them how to cuddle properly. One app-based service, Cuddlr, was launched in September and already has over 240,000 downloads, according to its founder. Even though the jobs reports this last week show an improving economy, many Americans are still looking for a second job to bolster stagnant wages. Fortunately, this new industry is taking off for those who want to supplement their income but don’t want to get out of their comfy pajamas.