The tremendous sprint stocks experienced to finish the week that ended February 7 carried over into last week as the S&P 500 rallied 2.4 percent making it the highest weekly gain so far this year. After dipping nearly 6 percent in the last few weeks of January, stocks have now quickly regained ground by advancing 5.6 percent since hitting a three-month low on February 3, according to Bloomberg. This renewed strength in equities comes despite mixed economic signals last week that were mostly overshadowed by the favorable remarks made by Janet Yellen who spoke publicly for the first time since taking over as Federal Reserve Chair. 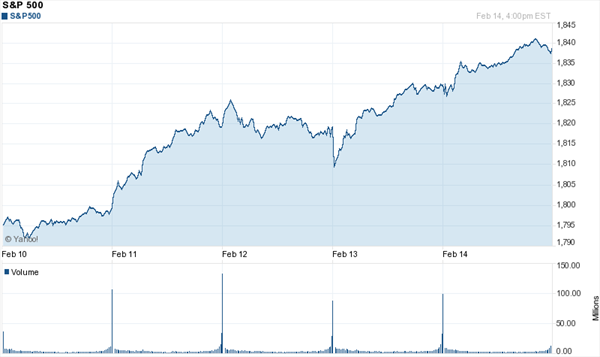 Last Tuesday, Fed Chair Janet Yellen had the opportunity to express her opinions for the first time since taking over for Ben Bernanke. While she maintained inflation remains too low to warrant higher interest rates, which according to Federal Reserve inflation forecasts is likely to remain that way for several years, she expressed confidence overall economic conditions are improving enough to continue reducing the Federal Reserve asset purchase program in steady increments. While Yellen’s stance being closely aligned with her predecessor Ben Bernanke comes as no surprise, many investors were curious to hear her thoughts on troubles occurring in emerging markets, as well as certain economic indicators such as the jobs reports, being particularly weak the last couple months. Her answer was simply, “We have been watching closely the recent volatility in global financial markets. Our sense is that at this stage these developments do not pose a substantial risk to the U.S. economic outlook. We will, of course, continue to monitor the situation.” This statement may have allowed investors to collectively breathe a sigh of relief and was most likely a major catalyst to stocks rallying through the remainder of the week. 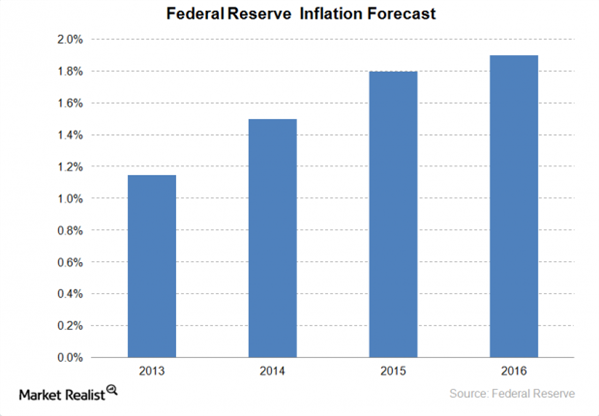 Despite several economic indicators pointing towards the U.S. economy slowing down considerably to begin the year, investors are beginning to chalk a lot of it up to a bad stretch of cold weather. According to a research piece released last week by Bank of America, this last January was the coldest in 25 years. Furthermore, the first quarter of a year is particularly sensitive to weather conditions and is likely hampering overall activity as the temperatures remain stubbornly low. It’s safe to say given the financial market’s resiliency these past few weeks, investors appear to be anticipating that most economic softness occurring now is temporary, and pent-up demand for many goods and services from consumers and corporations alike can be realized later on this year.

Last week we highlighted how Congress was running out of time to raise the nation’s debt ceiling before the government coffers went bare. Well, to the surprise of many, Congress exceeded expectations by passing a bill with no attachments that suspends the debt ceiling until March 16, 2015 before the last moment possible. Congress has once again essentially allowed the Treasury Department to borrow unlimited amounts of money “as needed” to pay bills and avoid default until the next deadline. While we can debate on the larger consequences of allowing our nation’s debt to continue to climb, the financial markets are currently in favor and cheering when the ceiling is being raised without controversy or drama. 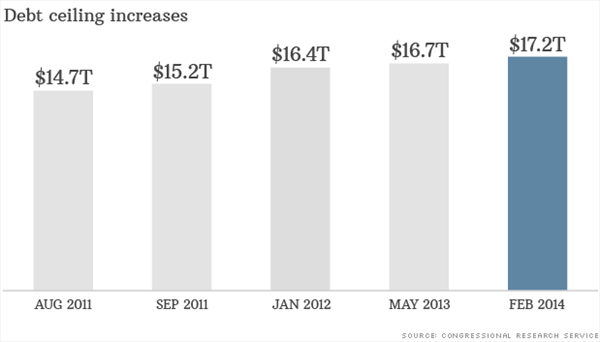