Saving the Best For Last

Last Friday, the Labor Department released the final jobs report in 2014 and it was the best posting since 1999. The U.S. economy added 321,000 jobs to nonfarm payrolls (topping consensus of 285,000), and the unemployment rate remained steady at 5.8% (down from 7% in November 2013). Even October’s robust figure was revised higher by 44,000. In addition to more people finding jobs, those that do are working extra hours and earning more. The workweek expanded to 34.6 hours, the longest it’s been since May 2008. And average hourly earnings jumped 0.4% month-over-month (2.1% year-over-year), the fastest pace in a year and a half. All of this together must sound sweeter than a Vanessa Williams ballad to retailers who are no doubt nervous about the underwhelming start to the holiday shopping season. 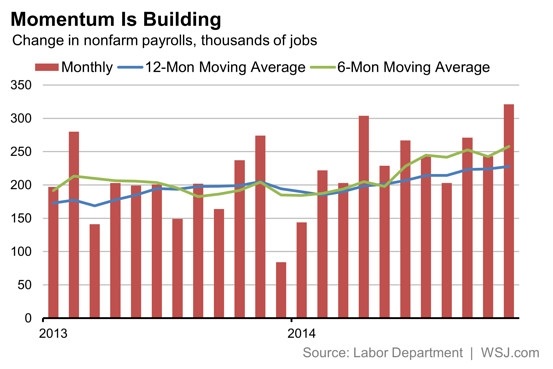 “Yes Virginia, There is a Santa Claus Rally”

The steep rise in equities over the past several weeks has many experts skeptical that a “Santa Claus Rally” might not occur. While the term is used loosely for any type of year-end rally, it specifically refers to the last five trading days of the year, plus the first two days of the next. Whichever definition is used, we think the chances of it occurring in 2014 are higher than normal given the dramatic underperformance of actively managed funds this year. According to research by Goldman Sachs, only 14% of large-cap core mutual funds have outperformed the S&P 500 in 2014. Another database maintained by the Wharton Business School finds that 90% of large cap managers underperformed, and this is the worst year since 1989. The record-breaking abysmal performance could cause active managers to pile into the stocks in the last few days of the year to try to deflect blame when year-end statements come out and/or reset the deck to more closely hug the benchmark heading into 2015. This could cause the index to rise and cap off what has already been a strong year for domestic, large-cap equities.

While You Were Shopping

Early last week, the National Retail Federation released disappointing Black Friday shopping figures that estimated an 11% year-over-year decline. This doesn’t square with an improving employment picture or falling gas prices that should provide $800 of extra pocket change to the average U.S. consumer annually, according to The Economist. Several excuses were quickly manufactured. But, it turns out, U.S. consumers may have been skipping the lines at Target and Best Buy to head to auto showrooms instead. Last week, the top six automakers released data showing they sold the most cars in November since 2003. Overall, U.S. car and light truck unit shipments topped 17.2 million vehicles on an annualized basis. Perhaps this explains a slow start to the holiday shopping season. However, given that cars are typically purchased with credit, and the recently released impressive November employment report, retailers who don’t post better than average results for this holiday season will have, as Ricky Ricardo might say, “some ‘splainin to do.”

The interview process at Google, specifically the labyrinth of brain teasers a potential hire must navigate, has become so famous that a book from 2012 entitled Are You Smart Enough to Work at Google? became an instant bestseller. The top-secret recruiting process has allegedly changed to eliminate the riddle laden new-hire quiz, but the company hasn’t given up entirely on testing. Google’s products are famous for coming to market with very few “bugs”, and engineers within the company attribute this to a program called “Testing on the Toilet.” To build awareness and competency, the company’s quality assurance team writes weekly programming quizzes and puzzles to train employees on how to identify errors within software code, but instead of distributing these via email, the team plasters the walls of the 500 bathroom stalls on Google’s corporate campus with the training material. The move has caught everyone’s attention. Feedback, both good and bad, went viral throughout the firm, and the practice has been copied by several engineers that moved to other companies. Since it was founded in 1998, Google has changed the way we search, advertise, email, and consume video among other things. But who knew it is also working to class up bathroom graffiti from the traditional “for a good time call…” 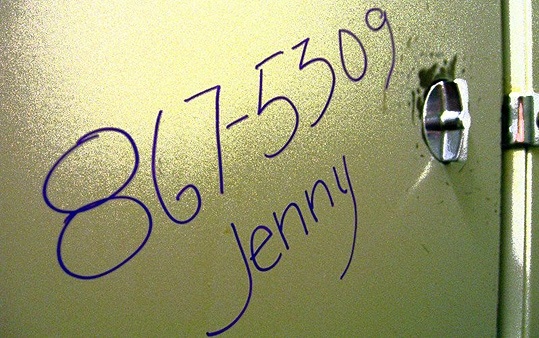