After a long string of higher closes, the market finished lower last week with the Dow Jones Industrial Average dipping 3.8%. The S&P 500 fell 1.6% as well. Oil’s continued slide has investors worried as the jubilation over lower gasoline prices has subsided and concerns build around the negative ramifications of lower prices. Selloffs earlier this year proved to be good buying opportunities, especially the most recent one in the middle of October. This time, there seems to be a growing crescendo of slowing worldwide growth despite improving domestic economic data. Only time will tell if this latest pullback proves to be an early Christmas gift. 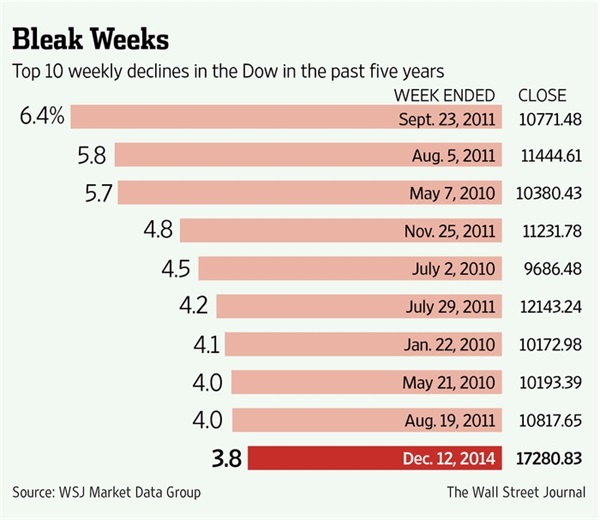 Oil continues its slide as West Texas Intermediate fell below $60 a barrel last week, and Brent crude futures barely hovered above $61 late Sunday night. While the drop in oil has so far been considered a supply issue, on Friday the International Energy Agency cut its forecast for global demand growth next year by 230,000 barrels a day. Interestingly, almost all of that demand reduction comes from oil producing countries with high breakeven costs that are expected to move into recession as prices remain lower, specifically Russia. The IEA still expects over 900,000 barrels a day of demand growth next year, but much of this comes from countries whose economic growth similarly suffers when oil prices are lower, notably the Middle East and Brazil. Whether it’s a supply or demand issue, one can never truly know when a bottom will occur. But, we note it is in times like these that a patient and disciplined investor with a multi-year time horizon can find bargains, especially in an area as complicated as energy. Such a violent and rapid market disruption will create many winners and losers, but now the markets are almost indiscriminately labeling everything a loser and emptying portfolios. This makes sense for over-levered entities or companies with high breakeven points, but we note there may be many lower-cost producers that could come out ahead. The oil market could simply be a harbinger of how important active investment management will become in the coming year, at a time when passive strategies are winning the day due to performance over the past several quarters in a low-rate environment. 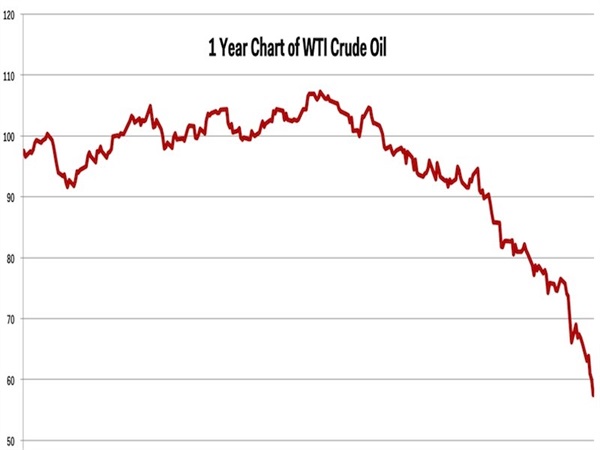 Brushing Up on “Fed Speak”

The main event this week occurs on Wednesday when the Federal Reserve’s Open Market Committee (FOMC) closes its two-day meeting. All eyes will be searching for two words in the FOMC’s statement: considerable time. The Fed inserted this phrase in December 2012 to signal a highly accommodative stance long after it ended quantitative easing and economic recovery begins. The market has interpreted “considerable time” as six months, and with the latest strong jobs report, many economists believe rate hikes are coming in mid-2015. Removing the phrase from the post-meeting statement would confirm this stance. However, even if the phrase is stricken, a rate hike is far from certain. First, it’s important to note the composition of the voting members of the FOMC will be quite different by the middle of next year. Due to the retirement of Richard Fisher and Charles Plosser, the committee will become more dovish. Eight of the ten voting members will be solidly moderate to dovish. Secondly, the Fed has moved the goal posts before. In fact, it wasn’t long after “considerable time” first appeared that former Fed Chief, Ben Bernanke, signaled that quantitative easing would end and tightening would begin once unemployment dipped below 7%. The recent collapse in oil along with continued weak data out of China and Europe could keep rates lower than many are currently expecting. While several talking heads agree rate hikes are a near certainty, they forgot to tell the debt market, which has been driving 10-year yields lower. 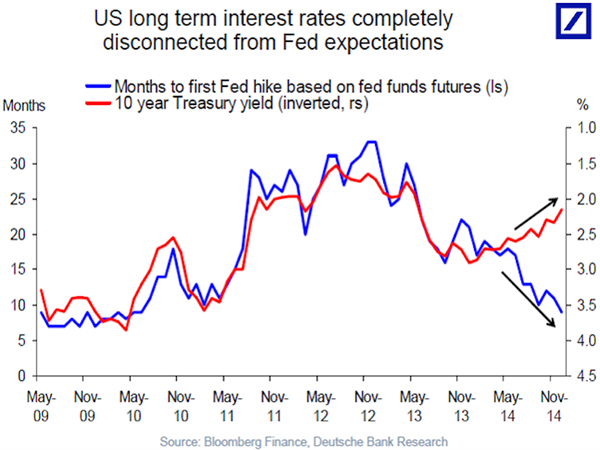 Every proud parent has been guilty of bragging about their kid and nowadays, it’s easier than ever to do this by posting pictures on social media sites. Few though have gained as much notoriety as @2sisters_angie, whose Instagram feed features pictures of dresses created out of construction paper by her four year-old daughter, Mayhem. After witnessing some of the designs, J.Crew invited Mayhem to its New York offices to work with its Executive Creative Director. A small team sat on the floor with Mayhem one afternoon cutting, gluing and taping dresses together that were so good in the eyes of the professional designers, they will be featured in J.Crew’s Crewcuts Spring 2015 line for children.