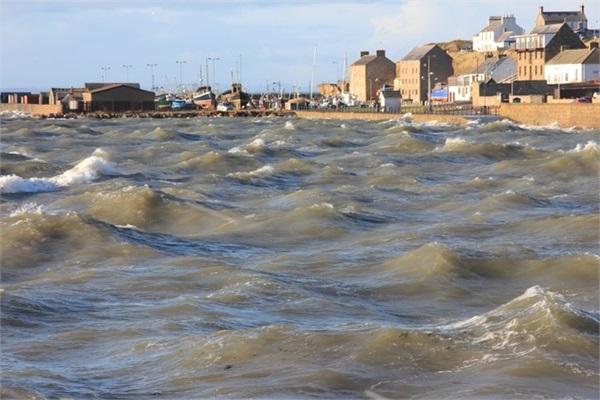 Following swift moves lower throughout the previous weeks, the market mostly regained traction and weathered a choppy terrain to finish higher last week. The S&P 500 gained 0.33 percent with much of the week’s forward progress being achieved on Friday. Investors seem to have more time to digest recent geopolitical tension and examine the overall consequences such actions would have on financial markets, while simultaneously taking a closer look at the recent round of corporate earnings releases.

One of the most common critiques of the rally we’ve witnessed over the last five years is that much of the earnings growth from companies that comprise the S&P 500 has come from a reduction in costs. Skeptics have pointed that top-line, or revenue, growth has been modest at best, and that earnings growth achieved via reducing expenses isn’t sustainable. While there is certainly truth to this argument, it also appears that revenue growth has begun to emerge. According to The Wall Street Journal, revenue growth is on pace to achieve 4.3 percent improvement in the second quarter of 2014 when compared to the same quarter last year. If this holds true, it would be the most impressive quarter of revenue growth for the S&P 500 since the first quarter of 2012, according to Thomson Reuters. This top-line growth is expected to result in 7.7 percent earnings growth for the index, which would make it the second best advance we’ve seen in the last two years. Furthermore, analysts currently anticipate this quarter’s level of revenue growth will continue throughout the year, offering a solid fundamental argument on why the market may have a bright outlook ahead. 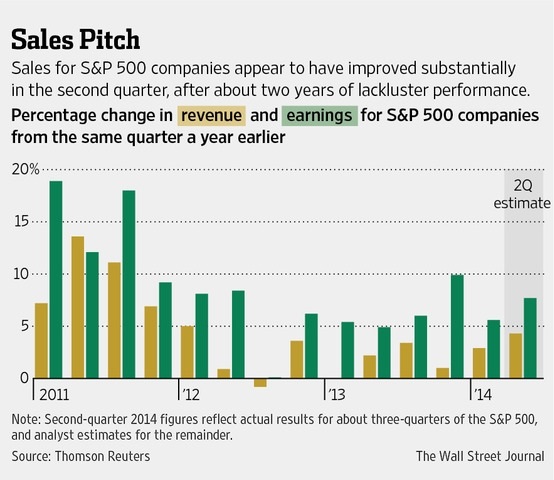 The yield on the U.S. government’s 10-year note shrank again last week, finishing at 2.41 percent on Friday, August 8. This comes after the same rate breached 3.0 percent in January of this year and, despite improved economic fundamentals in 2014, a rise in market prices and continued hints from the Federal Reserve that they may soon raise their benchmark interest rates. So, what gives? One explanation could be the behavior of large, foreign Central Banks. Last year, after the Federal Reserve announced their intentions to buy fewer U.S. bonds, the currencies of many countries declined quickly and severely. For many nations, a lower currency isn’t desirable and has negative implications for their economy. In order to combat this occurrence, foreign nations have opted to intervene themselves by purchasing large amounts of U.S. debt, which helps suppress the rise of interest rates, and in effect the borrowing costs of those nations. This development will be an important factor to monitor throughout the rest of the year and beyond. 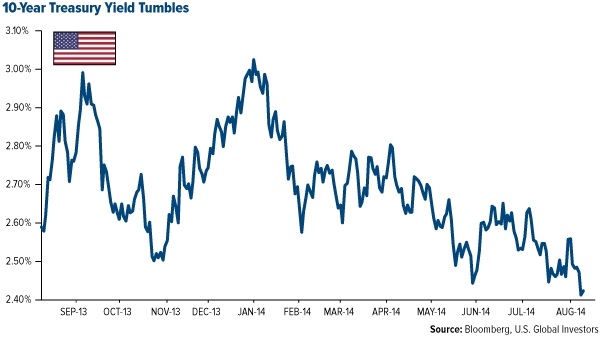 Ladies and Gentleman, it’s the moment we’ve all been waiting for…The Discovery Channel’s 2014 version of Shark Week has arrived! For those who are keen, no explanation is necessary. However, for all others, this week will mark the 27th consecutive year The Discovery Channel devotes every second of their broadcast to the mysterious creatures we call sharks. In what started as a side project to help raise awareness and respect for sharks, the annual seven day stretch is now celebrated by fans worldwide. Broadcast in over 72 countries, Shark Week has become the longest-running cable television programming event in history, and was watched by over 50 million total viewers last year.