Which Investor Are You? 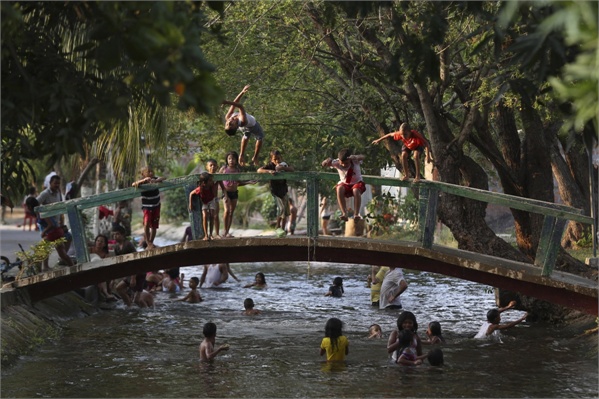 Last week the financial markets offered many different results for various investors. While the overall S&P 500 index officially declined about 0.1 percent on the week, stocks continued to move more on their own individual merits rather than in high correlation with one another. Solid corporate earnings results have bolstered some companies, while others have floundered on poor results. While some macroeconomic statistics continue to have their influence on the markets as a whole, such as the Russia-Ukraine standoff, from our perspective it appears that financial products are mostly being driven by fundamentals. Whether your investment portfolio last week was the fun and electrifying backflip from the bridge or the hesitant humdrum bystander, observing from a point of safety, most likely depended on exactly what you own.

As mentioned above, stocks have been reacting more based on their own fundamental merits lately than in previous years. Last week, we saw many high profile names report both solid and disappointing earnings, but as a whole, earnings have been coming in better than expected. According to Bespoke Invest, through the middle of last week about 62 percent of companies’ latest earnings per share numbers surpassed expectations. This high percentage of companies surpassing expectations has been normal since the bull market began in 2009, again according to Bespoke Invest. And while the overall S&P 500 seems to have not moved last week, there were many names notching large percentage advances or declines following their latest earnings results. 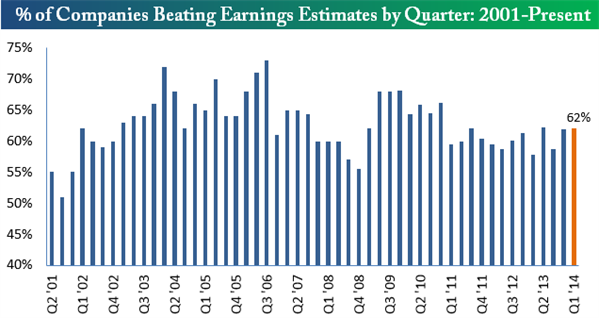 Last week the Commerce Department announced the latest sales figures on new single-family homes in the U.S., and the results were a grave disappointment. March sales of new homes declined by 14.5 percent on an annualized percentage from February, and were down 13.3 percent from last year, according to the Wall Street Journal. Further compounding the worrying results, forecasts were calling for 450,000 new sales total and there were only 384,000, on a seasonally adjusted rate. While weather may have had an impact on these weak results, most analysts are noting that the weakness is more likely attributable to the fact that interest rates have significantly increased from this same point last month, and homes have become more expensive. This gives more fuel to the debate of whether or not the resurgent economic growth we’ve seen emerge in many areas of the economy can endure a rising interest rate world. 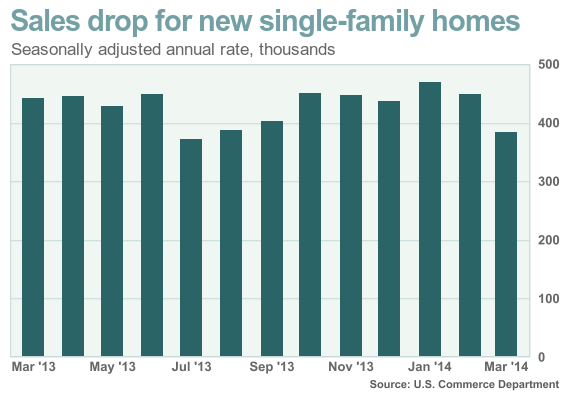 Notice anything familiar about the stock market this year? If you were around in 2005, you might notice a lot of similarities, according to a recent article published by Michael Santoli. A few of the ways 2014 seems to be offering resemblances to 2005 are as follows: 1.) the S&P 500 was fresh off having experienced massive gains in prior years (+52 percent in 28 months at year end 2004, and +62 percent in 28 months through year end 2013), 2.) “hot tech stocks” experienced considerable pull-backs of 12 percent before May, and 3.) the Federal Reserve was in the process of withdrawing large amounts of heavy stimulus. Of course, we only note the similarities because it’s interesting and are in no way predicting an exact outcome. However, it’s thought-provoking to note that in 2005, the S&P 500 never fell by more than 6 percent, and never increased by more than 5 percent from where it began the year. So, what’s the takeaway? Mostly just that not all years are exciting and feature a lot of movement positive or negative. Sometimes, the market just moves sideways. And if history repeats itself, 2014 could be one of those years where the index as a whole, may not produce the fireworks we’ve become accustomed to over the past several calendar years.