Stocks Under Water for the Year 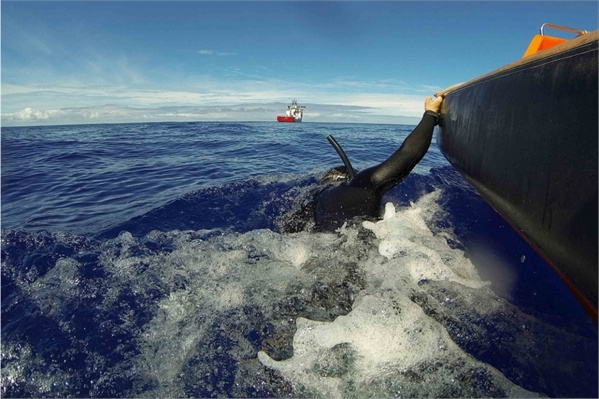 While there are certainly many factors that we could point to in order to rationalize the steep sell-off in stocks last week, it really came down to a simple shift in sentiment. Comments from the Fed minutes, concerns about weak first quarter earnings reports about to be released and weak data from China certainly didn’t help stocks last week, but they also weren’t necessarily surprising headlines. We’ve known for some time now that the first quarter of 2014 featured concerns about slowing economic growth, both here and overseas. Despite those issues, stocks had nonetheless stayed afloat so far in 2014. However, last week investors began to bail mostly momentum stocks as they positioned more defensively ahead of an upcoming earnings season that’s expected to feature little to no earnings growth for the average company in the S&P 500.

The unwritten rule of investors is that a decline of 10 percent or more from a market peak is defined as a “correction.” We’ve spoken previously about how this is one of the longest running stretches in market history without a market correction. Well, we may finally break that streak, given that we’re entering this week with the S&P 500 down about 7 percent from all-time highs set earlier this year. Selling pressure escalated quickly last week, as the tech-heavy Nasdaq composite was especially beaten up, descending on Thursday by the largest amount witnessed in one trading session in over 2 ½ years. 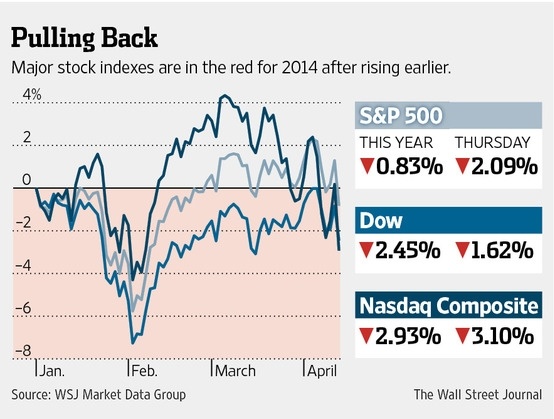 On the Brighter Side of Things

Believe it or not, news wasn’t all bad last week. For starters, consumer sentiment as measured by the Thomson Reuters/University of Michigan index actually increased more than expected, reaching the highest level, 82.6, since last July. Confirming a healing consumer base, jobless claims came in at the lowest level in over seven years. Furthermore, March car and light truck sales advanced to a 16.3 million annualized pace, which is the best growth since May 2007, according to Bloomberg. Finally, a report from the National Federation of Independent Businesses (NFIB) indicated that overall optimism among small businesses continues to increase. The same report also highlighted that when these small businesses were asked what the single most important problem they were currently facing was, only 14 percent answered poor sales. This is down dramatically from past years, and helps provide confidence that consumer spending should continue to strengthen. Interestingly, however, taxes and government requirements apparently continues to be a thorn in small business’ sides, registering at a combined 42 percent on the same survey. 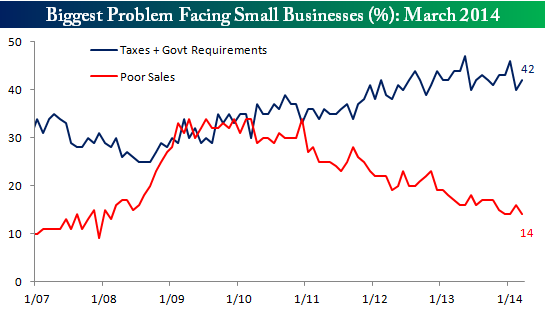 Have you ever seen the moon turn red? Didn’t think so, but now you have your chance. You might want to set your alarm and take a peek outside at around 3 am EST on Tuesday to observe a rare occurrence of what’s called a “Blood Moon.” At that time, the moon will slide into Earth’s shadow for a lunar eclipse that should turn the moon into a coppery red color for about an hour. This will be the first of four total eclipses that will occur over the next 18 months, making this part of the phenomenon NASA has deemed a ”Tetrad.” While there are often several lunar eclipses every year, they typically produce no dramatic effects and go mostly unnoticed. However, a Tetrad is the equivalent of drawing a four of a kind in poker, according to NASA. Furthermore, while there will be several this century, before the 1900’s there was a 300 year span without a single Tetrad occurrence. 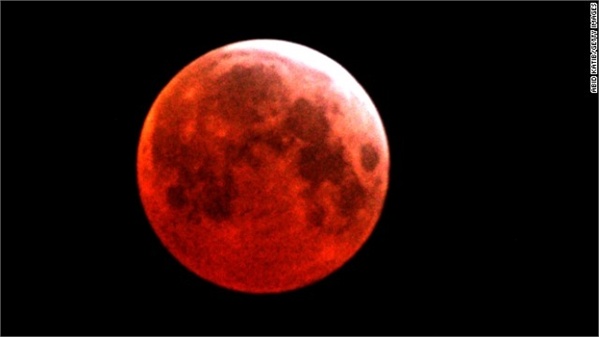