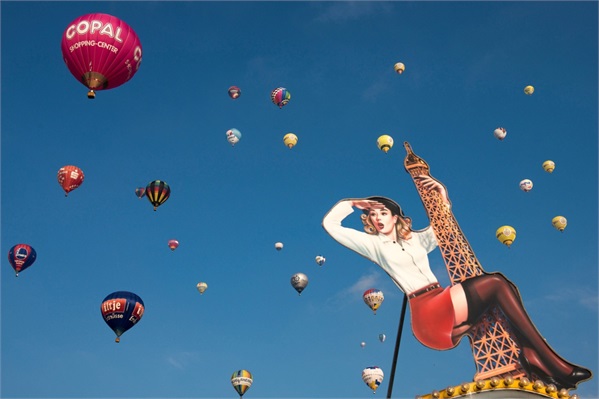 For the first time in five weeks, U.S. equities finished a week with a loss. Investors exercised caution as U.S. interest rates reached their highest levels in several months. Markets appear to be once again positioning for a reversal in Federal Reserve policy that might result in key interest rates being raised for the first time since before the recession. The S&P 500 finished the week 1.1 percent lower than where it began, and the 10-year Treasury note finished last Friday yielding 2.61 percent after rising a not insignificant 10 basis points throughout the week.

For several years, investors have been barraged by a steady diet of easy monetary policy. Interest rates have declined to all-time lows as the Federal Reserve has done nearly everything conceivable to help support the U.S. economic recovery. Now that the U.S. economy appears to be on its way to regaining a level of strength not seen in several years, investors appeared to begin positioning themselves as if the Federal Reserve will change their stance by suggesting interest rate hikes are in the works following the conclusion of their upcoming meeting this week. As a result, yields on U.S. debt rose last week, with the 10-year Treasury yielding above 2.6 percent for the first time since early July. Of course, this yield is still well below the approximate 3.0 percent level where it began the year. 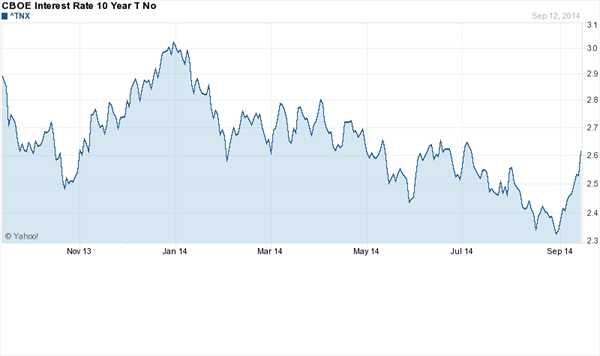 This is perhaps the most pertinent debate on Wall Street today. While there are literally millions of factors at play that determine the prices of stocks on a daily basis, and interest rates are only one of those factors, it does appear probable that we're nearing the end of an unprecedented amount of monetary stimulus. The easy conclusion to make might be that lower interest rates help stocks go higher, so therefore rising interest rates would make them move lower. However, research from Merrill Lynch last week suggests that historically, this has not been the case. Their research suggests that U.S. equities have actually increased by an average of 16 percent annually during rising interest rate cycles, with certain asset classes, such as information technology and industrials, clearly outperforming others, such as utilities, telecom, and consumer discretionary. Also, S&P Equity Research has determined through their work that while U.S. equities don't advance as much as Merrill Lynch research indicates, and gains aren't as productive as when interest rates are being lowered, stocks have produced positive returns as interest rates move higher.

By now certainly everyone is aware of the infamous Ebola outbreak in West Africa. This week, President Obama is expected to announce plans to dramatically boost U.S. efforts to combat the dangerous outbreak that has already claimed 2,400 lives, according to The Wall Street Journal. Additional measures are expected to include U.S. military involvement, in addition to $88 million of funding for healthcare related personnel and supplies.

* The Standard & Poor's 500 (S&P 500) is an unmanaged group of securities considered to be representative of the stock market in general.
* The 10-year Treasury Note represents debt owed by the United States Treasury to the public.
* Yahoo! Finance is the source for any reference to the performance of an index between two specific periods.
* Opinions expressed are subject to change without notice and are not intended as investment advice or to predict future performance.
* Past performance does not guarantee future results.
* You cannot invest directly in an index.
* Consult your financial professional before making any investment decision.